"Smile" or "Улыбайся" (romanticized Uly'baisya) by IOWA is featured on Just Dance 2016 as a Just Dance Unlimited exclusive.[1]

The dancer is a woman wearing a glittery purple jacket over a cobalt blue tank top, a pair of black leggings, a grey-blue bandanna around her neck, a pair of dark blue boots, and has her black hair tied into a ponytail.

A disco balled-based wall with a rounded digital panel with pixels that constantly switch colors.

There are 5 Gold Moves in this routine:
Gold Moves 1 and 2: Move your arms downwards vigorously and kick with your left leg.
Gold Moves 3 and 5: Punch the air with both hands.
Gold Move 4: Swing your right arm and bring it down diagonally in a strike. 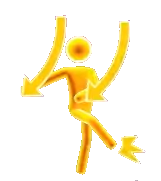 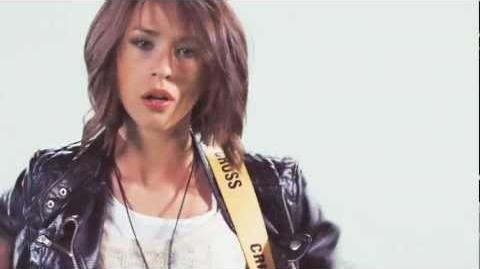 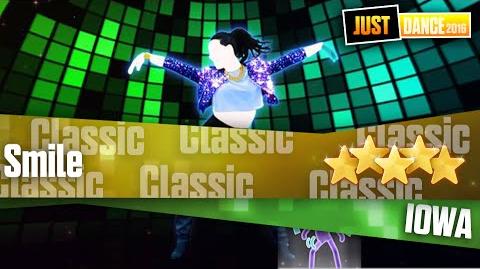