Quincy Jones and
His Orchestra

"Soul Bossa Nova" by Quincy Jones and His Orchestra is featured on Just Dance 2.

P1 is a woman with blue hair, a yellow headband, a yellow half sleeve dress with crazy blue and pink circles, and orange stiletto boots.

P2 is a man with orange hair, an orange blazer, a purple button shirt, pink and purple pinstripe pants, and white shoes.

The background is mostly blue with some stage lights, the legs of two women (each on one side) kicking their legs to pistols.

There are 4 Gold Moves in this routine.
All: Throw your arms out in a semi-circle going down. 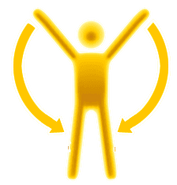 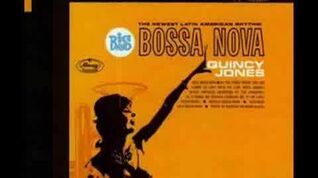