New Kids on the Block

"Step by Step" by New Kids on the Block is featured on Just Dance, Just Dance 3 (as a DLC for Xbox 360), Just Dance: Greatest Hits, and Just Dance Now.

Every feature that was originally blue is now green, and the orange parts are pink. His outfit is made to look more realistic. 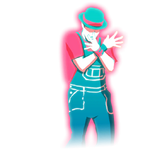 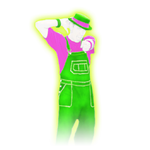 The background is basic blue, with light blue blocks at the bottom, and light blue animated lines streaking during the song. There is a pink shiny floor.

The background is now much more detailed, with lots blue and purple panels moving and sliding. The floor is now very reflective, with reflections of the panels on it.

The background is a bit different than JD3. The background is now mostly dark blue, with dark and light blue block floating up and down. There is also a light directly above the dancer. There are lots of white, yellow, and purple floating dots.

The remade routine has 3 Gold Moves:

Gold Moves 1 and 2: Put your hands on your head, during "You're always on my mind".
Gold Move 3: Punch the air with your right hand with your left hand on your right hand. It's the last move.

Step By Step appears in the following Mashups:

Step By Step appears in Puppet/Party Master Modes. Here are the captions attributed to his dance moves: 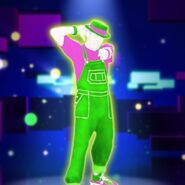 His appearance in What Makes You Beautiful MashUp 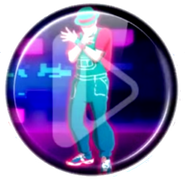 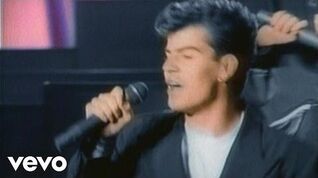 New Kids On The Block - Step By Step 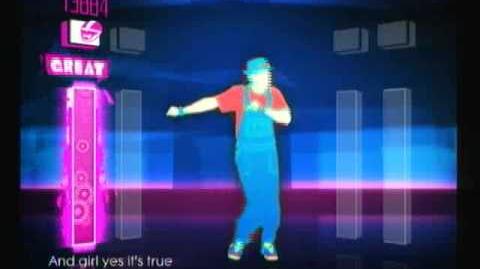 Just Dance - Step By Step (New Kids On The Block) 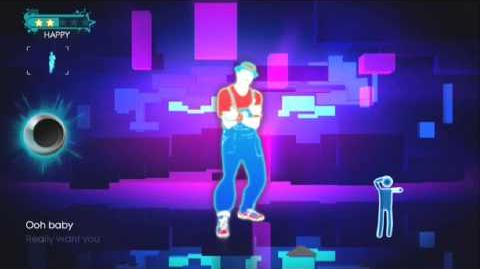 Just Dance 3 New Kids on the Block Step by Step 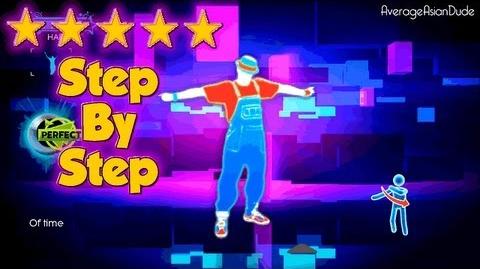 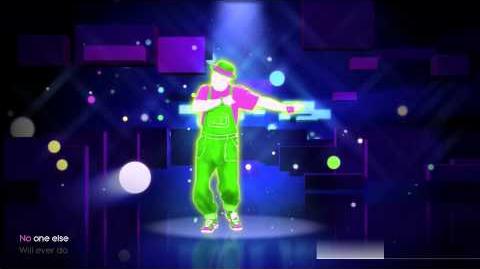