Stuck On A Feeling

The dancer is a man shown wearing a blue beret, a pair of black sunglasses, a black leather vest which covers a red tank-top, black leather pants, a pair of blue boots, a watch on his wrist, and a black, short boxed beard. At times, his outfit turns fully black.

Gold Moves 1 and 2: Point forward.
Gold Move 3: Raise both your hands up. This is the final move of the routine.

Stuck On A Feeling has a Mashup with the theme Suit Up! that can be unlocked for 1000 Mojo Coins.  It can only be obtained on eighth generation consoles. 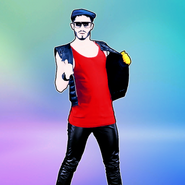 Stuck On A Feeling 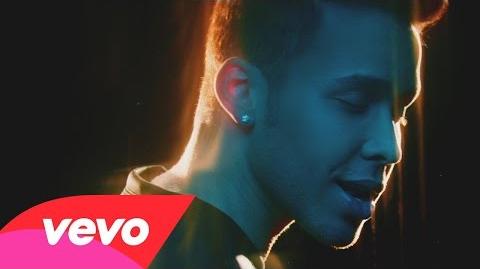