The dancers both wear boating outfits.

P1, a woman, wears a long grape-purple dress, a magenta tropical flower in her bordeaux hair and a pair of magenta heels. In her remake, her dress is now striped with orange on a purple dress.

P2, a man, wears a sailor's cap, a light blue and white striped shirt, a black bracelet, a pair of long blue pants with buttons and a pair of black shoes. In his remake, his shirt striped with blue and white, and his tattoo is orange. His cap remains relatively unchanged. 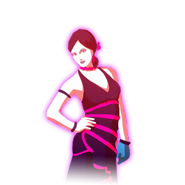 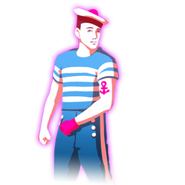 A stylized beach with moving blue, gray and aqua striped circles which resembles waves and a magenta silhouetted tropical island.

There are 3 Gold Moves, and they are the same.

All: Raise your right arm.

Sway (Quien Sera) is featured in the following Mashup: 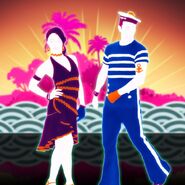 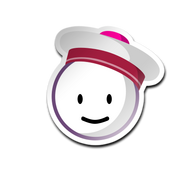 Sway (Quien Sera) appearing in the wrong spot on it's return on March 2nd, 2015. 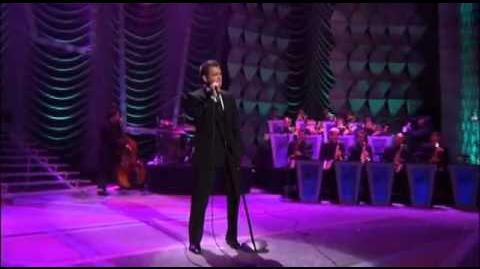 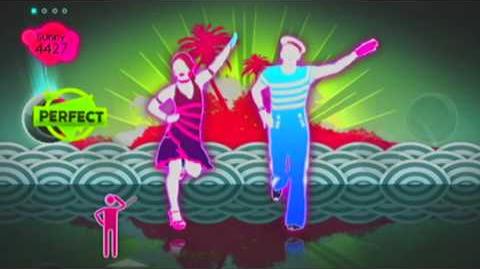 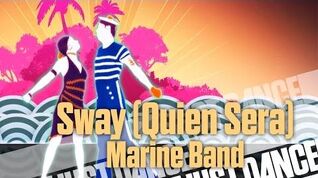