P1 is a man with a lavender cap and lavender dreadlocks that go around his neck like necklaces. He has purple sunglasses shaped as a circle, and wears yellow and black striped pants and sweater, similar to Katy Perry‍ '​s during her Saturday Night Live performance, colored with orange and black stripes. He has black sneakers.

P2 has split frizzy lavender and light teal hair with golden ears and gold sunglasses. She has a navy, lavender, black, orange, and pink dress that ends around her legs. She wears a thick black jacket with orange and lavender dog heads from Chiwawa. She has knee-high orange socks with light teal fringes at the top with black bands to support it, and purple and light teal high heels.

P3 has light teal/green skin. She has long yellow braided hair along with purple rectangular sunglasses. She has a navy top with two light teal stripes and a semi-transparent navy skirt (similar to Summer) with navy shorts underneath. She has knee-high lavender socks and orange and white platform shoes.

P4 has a bowler hat with a small orange bow around it and three light teal and black feathers sticking out. He has a short navy beard and a mustache along with shoulder-high navy hair. He has an orange flame-design monocle over his left eye. He has on a leather jacket with orange flame designs down the arms over a navy vest and a lavender shirt. He wears black pants with pink, black, and navy stripped knee-high socks over them. He wears light teal sneakers with orange flames coming up. 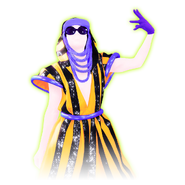 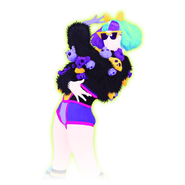 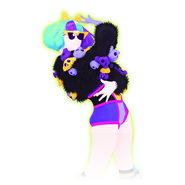 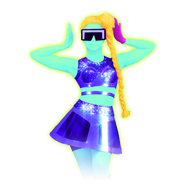 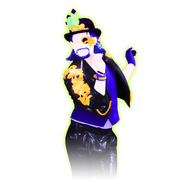 The background is inspired by the lyric video and some performances. The routine appears to take place on a runway in front of a series of colorful neon squares that flash to the rhythm of the song. There are also multi-colored swirls that melt off the background and squares.

Gold Move 1: Raise your left elbow while moving forward.
Gold Move 2: Put your right hand in front of you and your left hand near your left shoulder while walking to the left. You have to exchange your arms consecutively.
Gold Move 3: This is a right-to-left Wave Gold Move: 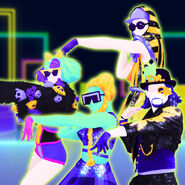 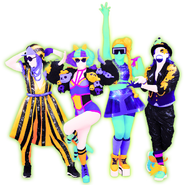 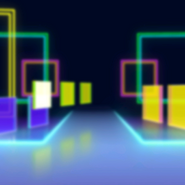 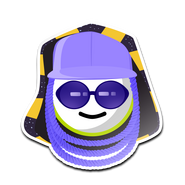 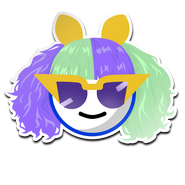 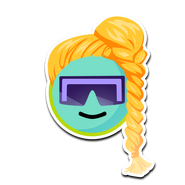 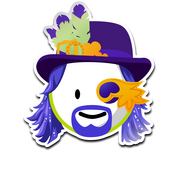 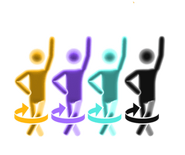 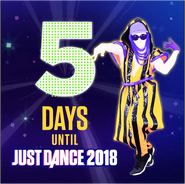 The routine in the music video 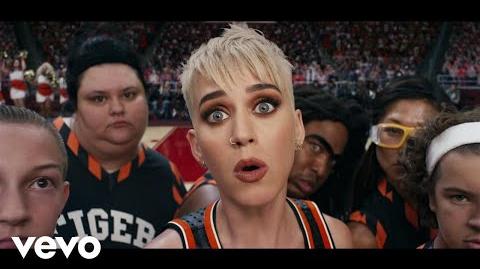 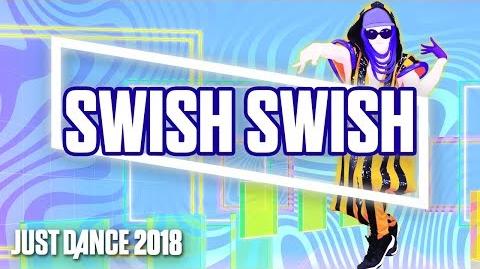 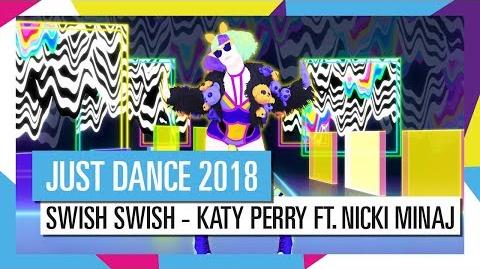 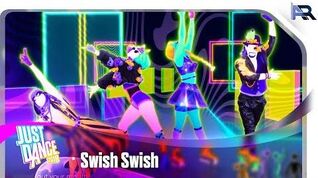 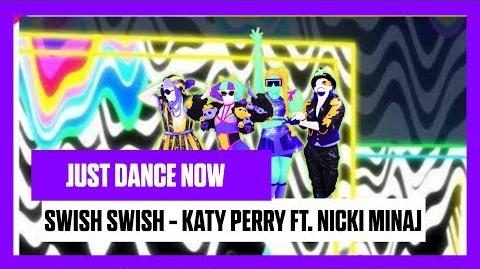 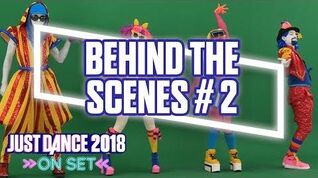 Swish Swish - Behind the Scenes (US) 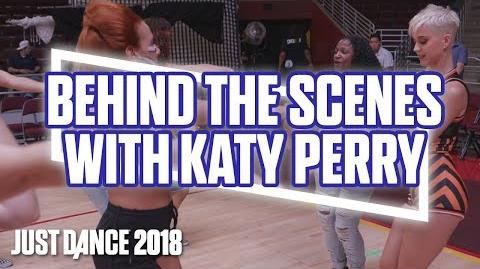 Swish Swish - Behind the Scenes with Katy Perry (US) 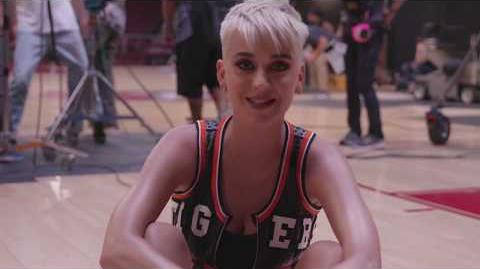 Katy Perry - Swish Swish (Behind the Scenes with Just Dance)