The dancer is a young man with purple hair. He is wearing a golden bandanna, a red and blue varsity jacket, black pants, and black and blue shoes. The dancer also smiles for the entire routine, which is rare.

His remake showcases him in a darker shade, and his face is no longer as visible. 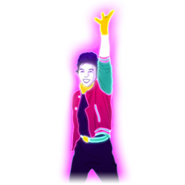 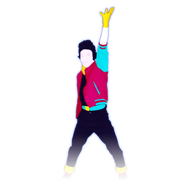 The background is red, blue, and purple, in a circular gradient. In the middle are some slow spinning triangles, which are white and are briefly transparent. Around are some white flashing lights and slow steaming smoke. The reflection of the score gauges and the dancer are seen on the floor.

Gold Move: Throw both of your arms out. (Wake Me Up Before You Go-Go)

Take On Me has an unlockable Mashup on Just Dance 3. 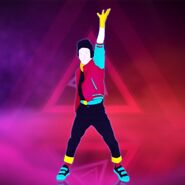 The Remade Coach
Takemeonposter.png
The Take On Me dancer on a poster in Teenage Dream
Take on me beta picto.png
Beta Pictogram 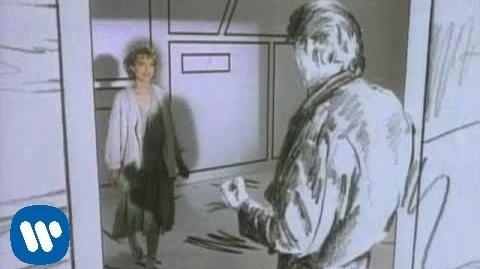 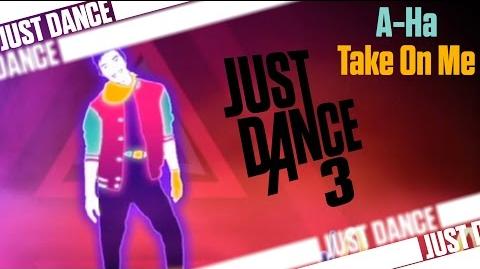 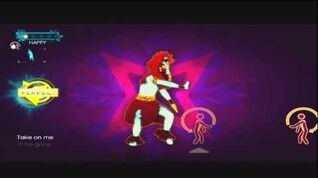