"That's the Way (I Like It)" by KC and the Sunshine Band is featured on Just Dance, Just Dance 3 as a DLC, Just Dance Now and Just Dance Unlimited. 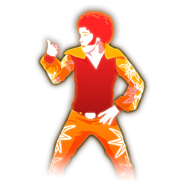 The background is updated, with bigger spinning stars floating either up and down or side to side. The lines now shine too. There are also two green bumps on each side.

The now mostly red and orange background, has been entirely redone. There is a big red, purple, and orange wave that goes up and down. There is also now a purple and blue center, with orange and red "rays" spinning around it. There are also red and white stars on each side. Behind everything is a flashing purple background.

There are 5 Gold Moves in the routine from Just Dance 3 onwards, all of which are the same.

All (JD3): Raise your arms in a flex position and throw them down.

All (NOW): Raise your arms in a flex position.

That's the Way (I Like It) appears in the following Mashups:

That's the Way (I Like It) appears in Puppet Master Modes in Just Dance 4. Here are the captions attributed to his dance moves: 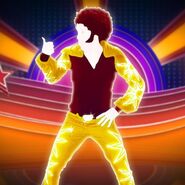 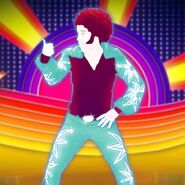 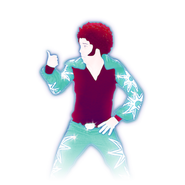 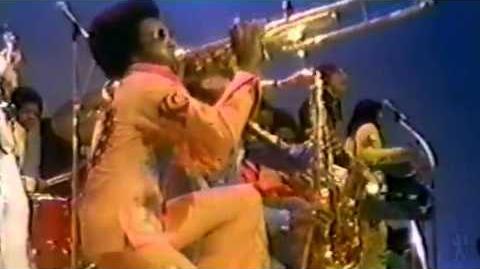 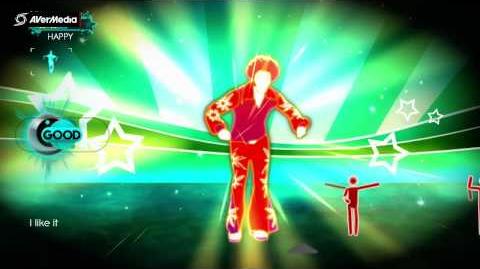