P1, a young man, has a beanie and a black crew neck with an image of a three-scoop ice-cream cone. He is wearing underneath a pink T-shirt which is only visible when he does certain moves. He is also wearing a pair of blue jeans and a pair of gold-and-black shoes.

P2, a young girl, has blonde hair with a pink dress with high tops. In some ways, she resembles Ariana Grande, despite the blonde hair.

The background is simple with yellow and red balloons that are scattered around the whole background. The balloons in the background change color to green, white and teal, and light pink and teal. White particles float in the air.

There are 2 Gold Moves in the routine.
Gold Move 1: P2 pushes back P1, and P1 moves back with his arms up.
Gold Move 2: P1 fist pumps both hands to her and P2 fist pumps only one. This is the last move of the routine. 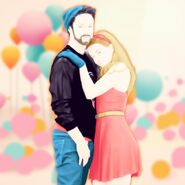 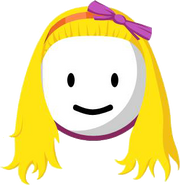 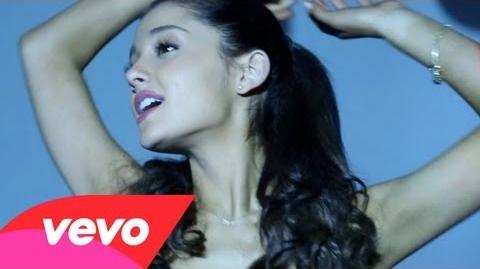 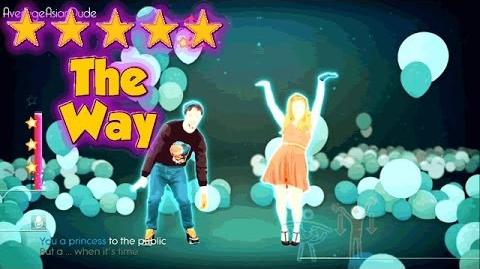