The World is Ours

"The World is Ours" by David Correy ft. Monobloco is featured on Just Dance 2014 as a DLC, Just Dance Now and Just Dance Unlimited.

The dancer is a man with brown hair and a stubble, and wears a green jacket over a yellow shirt, and red shorts. At one point, he holds hands with the backup dancers and turns completely yellow. His shoes are green and orange. He also has an orange backwards cap that covers part of his brown hair and an orange whistle.

There are 3 Gold Moves in this routine:
Gold Move 1 and 2: Hit the air with your right fist and kick with your left leg like your kicking an invisible ball.
Gold Move 3: Simply point your right hand to the screen. 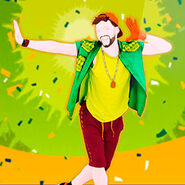 The World Is Ours

The World Is Ours (NOW) 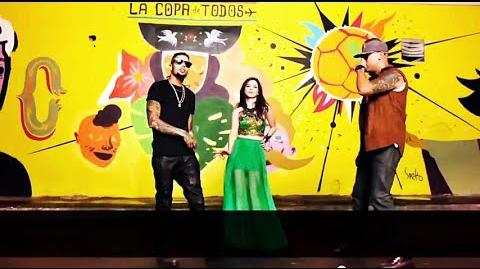 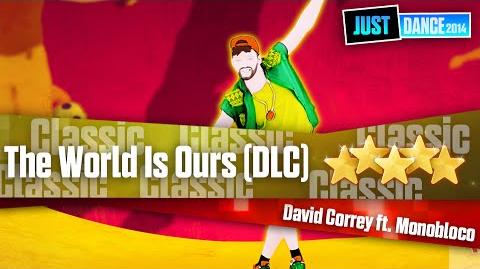 The World Is Ours - David Correy ft. Monobloco Just Dance 2014 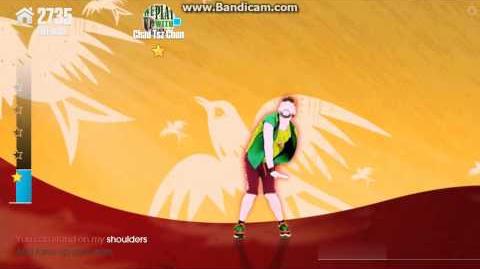 Just Damce Now - The World Is Ours 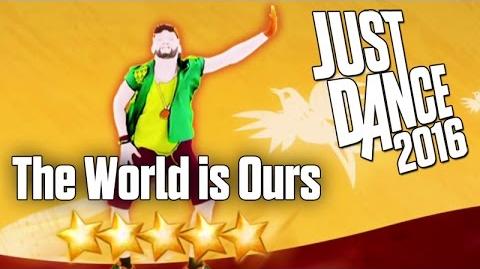