"This is Halloween" by Danny Elfman is featured on Just Dance 3, Just Dance Now and Just Dance Unlimited.

P1 is a greenish skeleton with an orange wig. She wears a red hat decorated with cyan fluff and a dark blue feather. She also wears a tattered shirt which covers majority of her body.

P2 is a Jack-O-Lantern. His body is orange, he wears a cyan fluff collar along with teal underwear with red suspenders..

P3 is a vampire with dark blue hair. He wears a green long-sleeved shirt under a suit which comes with a red cape. He also wears a golden reverse crucifix on a necklace.

P4 is a witch with long blue hair. She wears a pointy cyan hat with orange highlights and is cloaked in a long blue cape. She also wears black-and-white striped socks. 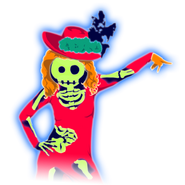 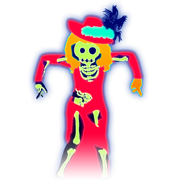 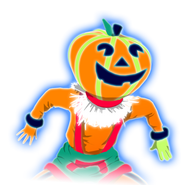 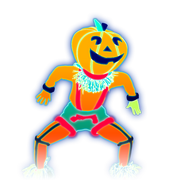 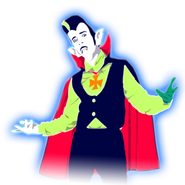 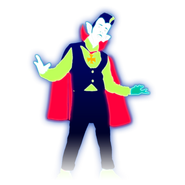 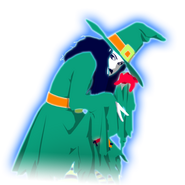 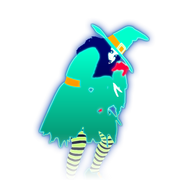 A spooky forest at night, in the midst of Halloween town, with pumpkins in the grass.

There are 3 sets of left-to-right Wave Gold Moves in this routine, and they are all the same for each player. 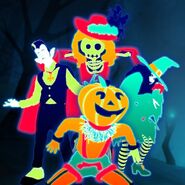 This is Halloween on Just Dance 3 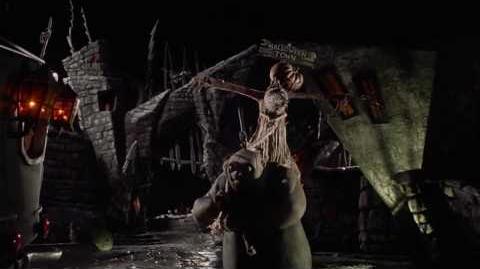 This Is Halloween-The Nightmares Before Christmas HD 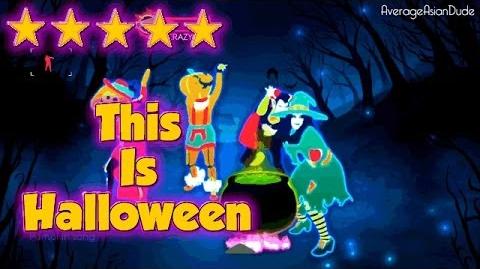 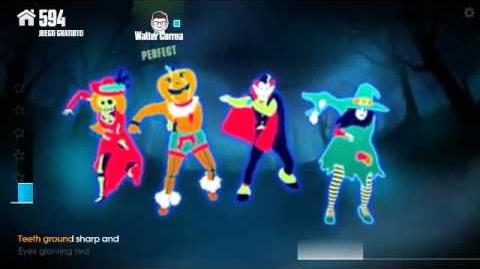 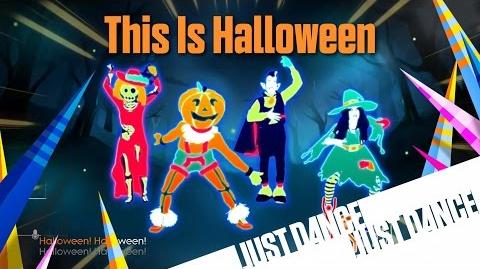 Just Dance Unlimited - This Is Halloween