P1 wears a black hat, sunglasses, a top with a design of the USA flag, short denim shorts, and red heeled boots.

P2 is the same one as the panda from C'mon and I Gotta Feeling; it wears a red cowboy hat, a sleeveless denim vest, a gold harmonica necklace, and red bandages ted up on his left wrist and right ankle. 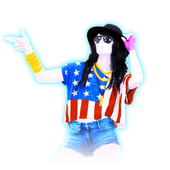 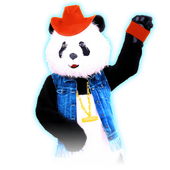 It's western themed with a barn house, a wind mill, and old fashioned buildings. They go dark and light up. At the beginning the dancers appear on a "Wanted" poster, meaning they're outlaws.

Timber appears in the following Mashups: 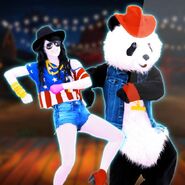 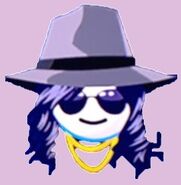 Just Dance 2015 with Timber for WII only. 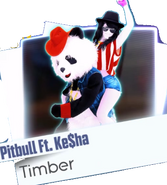 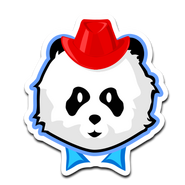 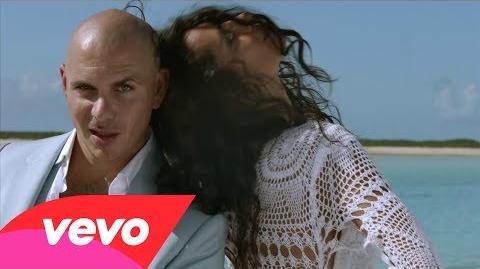 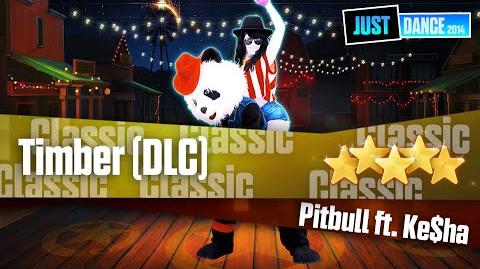