Both routines each contain a solo man.

Green beanie, a red, orange, and white striped long sleeve, a red and orange vest, blue skinny jeans, and red and orange sneakers. He has a blue outline.

The background has circles and buildings that move around and a diner that says Olly's Diner. At some points of the routine, the background turns black with a spray painting of "Troublemaker" and the routine involves female silhouettes dancing with the dancer.

The background used for all the other sweat versions. It flashes orange and purple and has yellow lights running.

Gold Moves 1 & 2: Rub your chest at "I swear you're giving me a heart attack!" During the second verse, the gold move also occurs the second time it's said.

Gold Move 3: Put your arms out. This is the final move for the routine.

All Gold Moves: Run to the right, hop, and raise your arms. All of these are done during the chorus and are the same.

There is only one Gold Move in the Mashup.

This song has a mashup that can only be unlocked in May.

Troublemaker has a Party Master Mode. Here are the captions in order of appearance:

Troublemaker appears in the following Mashups:

Troublemaker appears in Party Master Modes. Here are the captions attributed to his dance moves: 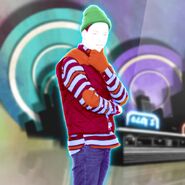 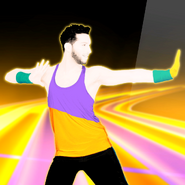 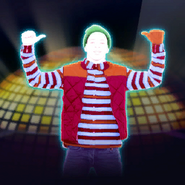 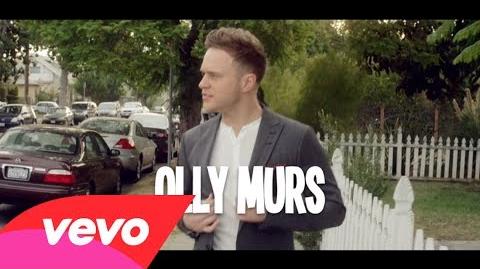 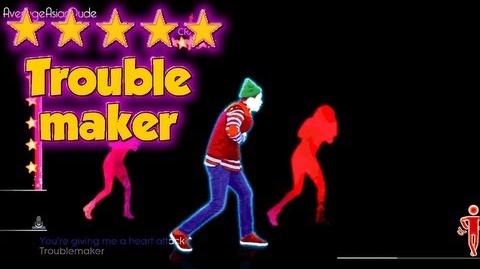 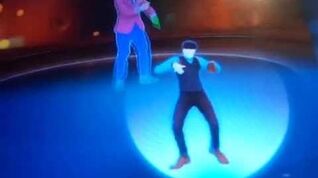 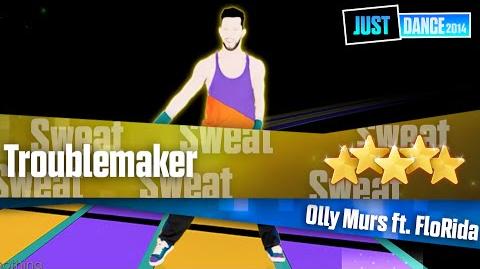 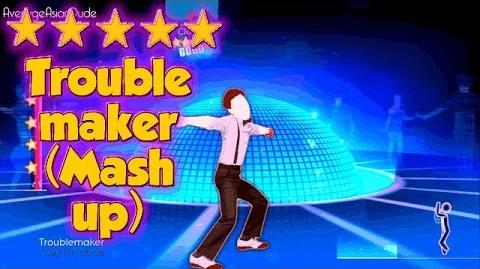 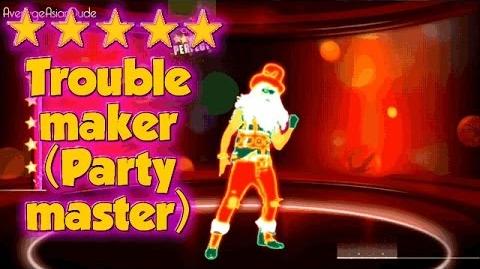