"Valenti" by BoA is featured on Just Dance Wii.

The dancer has long bordeaux hair with orange flowers. She wears a red crop top, a red bracelet on the left hand and an aqua glove on the right, bordeaux pants with aqua belt, and magenta shoes. At a certain point, her hair and her pants turn lighter red and the belt turns golden.

A boardwalk at sunset, with lamp posts. At a certain point, the sky becomes darker.

There are a total of 5 Gold Moves in this routine: 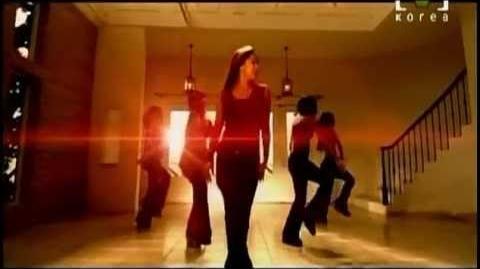 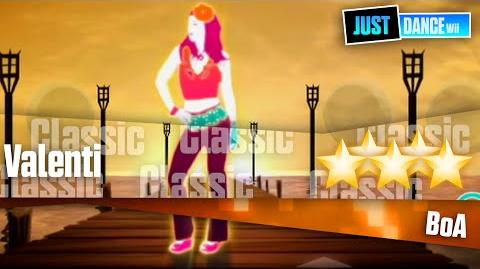