"Venus" by Bananarama is featured on Just Dance 3.

The dancer resembles a famous model or a actress. She has pink hair with a blue beaded accesory. She wears a yellow dress, a blue vest, lavender and pink leggings, and yellow motorcycle boots. 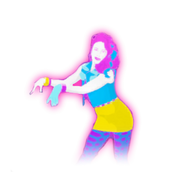 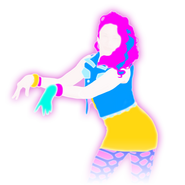 It's mostly blue with a few pink stripes and many grooming objects (combs, scissors) flying around. There are also umbrellas for picture taking that light up.

There are a total of 5 Gold Moves in this routine:

Gold Moves 1, 2, 4 & 5. Quickly put your arms out while they're bent when the chorus starts.
Gold Move 3. Quickly throw your arms down and stomp your right leg.

Venus appears in the following Mashups:

Venus appears in Puppet/Party Master Modes. Here are the captions attributed to her dance moves: 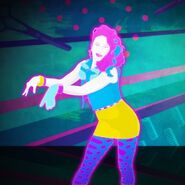 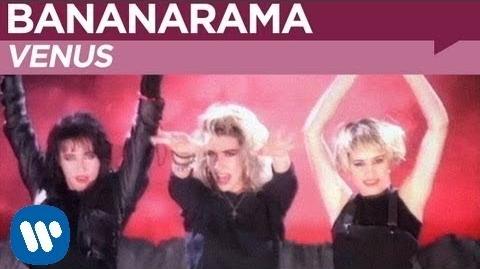 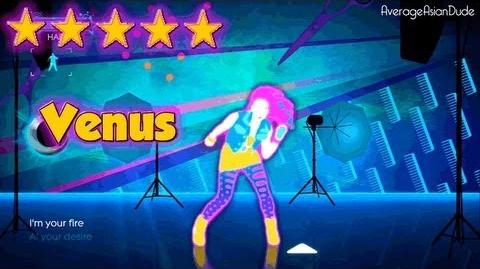