The routine is performed by a dance crew of four males.

P1 has black hair in a flat top style, a shiny yellow track suit with grey and black shoulders, and white and black striped shoes.

P3 has short black hair under a red beanie, a grey shirt, a black leather vest, red skinny jeans with a black bandana hanging out of the left pocket, some red tattoos on his arms, and black shoes.

P4 has black fluffy hair with a red bandana around it, sunglasses, a red wife beater, a black leather vest, black skinny jeans, a red plaid jacket tied around his hips, and black ankle boots.

At a few points the dancers turn black with some blue highlights and outlines. 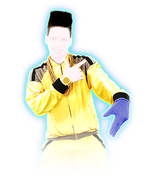 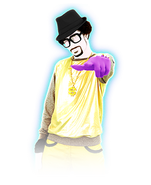 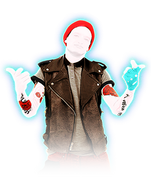 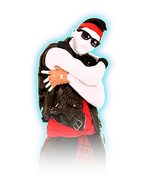 The Old School dancer is a woman. She wears a red bill cap, a pair of black sunglasses, a pair of dark skinny jeans, and a pair of red sneakers. She also wears a golden necklace with the peace sign, a shirt with messy stripes and also two bangles on her left arm. She has pure chocolate brown and frizzy hair which is tied back.

The black background features two white outlined boomboxes, one with two green diamonds and the other with red triangles. These shapes feature complex patterns. The diamond boombox is on Run DMC's side, and the triangle boombox is on Aerosmith's side. The diamonds have a yellow leopard filling, and the triangles feature dark shades of more triangles. Around the shapes are some thin white lightning bolts and zigzag swirls. These shapes pump foward to the beat, and a brief splatter is formed around them whenever they rotate. The shapes return to their boomboxes at the start of the verses.

It uses the extreme background from the previous game, which features numerous squares, some of which are used as platforms. It mainly shines red and orange. In an update, the background now shines blue-and-red instead of orange-and-red. The colours flash faster and the squares shift more often. At some parts, the background flashes a bright yellow.

Walk This Way has a Mashup with the theme "Ladies Only" that can be purchased with 20 Mojo coins. It only features female coaches.

There are 5 Gold Moves in the Old School routine:

Gold Moves 1 and 3: Put your hands up then cross them.
Gold Moves 2 and 4: Put your right hand near your head then show your muscles tilted.
Gold Move 5: When your on your knees jump up and point to the screen.

There is one Gold Move in the Mashup:

Gold Move: Put your arms and hands above your head with your wrists pointing up.

Walk This Way appears in the following Mashups: 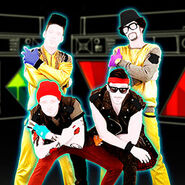 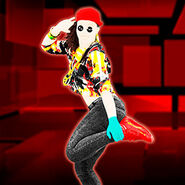 One of the complex moves 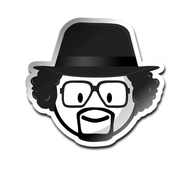 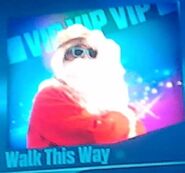 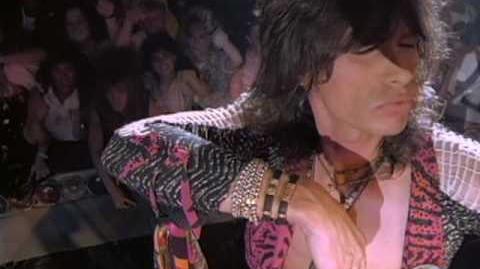 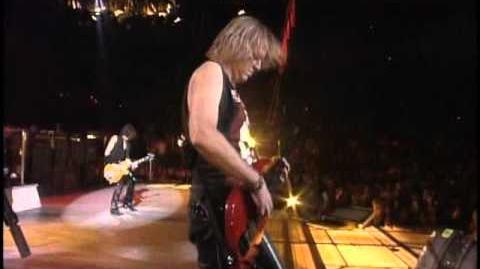 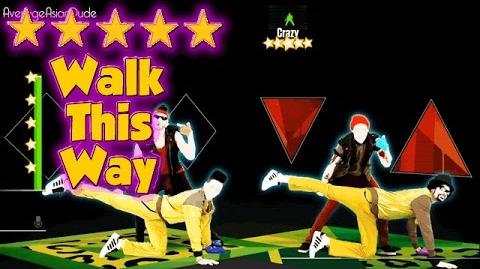 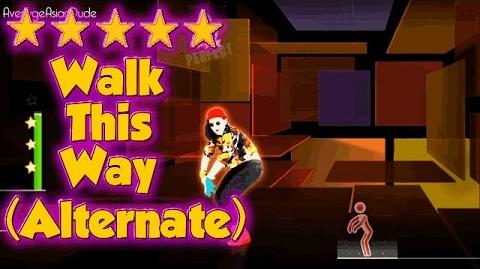 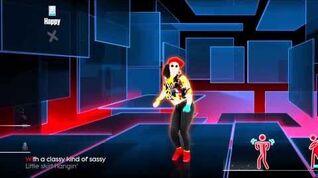 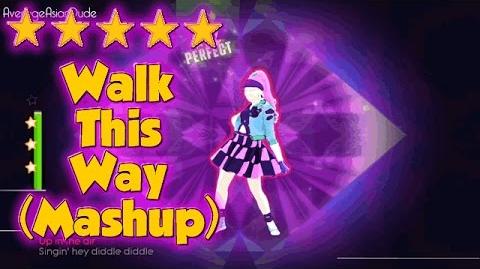 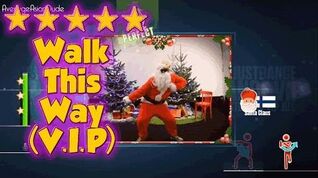