The dancer is in a dog costume. The dog costume is a dalmatian dog with a red shirt, black shoes, and red sunglasses. He wears a bone necklace. The dancer's costume has got light-yellow fur.

Nothing much is changed in the Just Dance Now remake. However, his outlines are in higher definition. 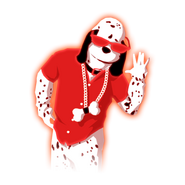 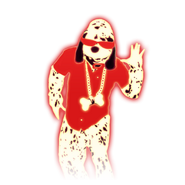 The background are clouds with bones flying around. The bones and ground light up in the Just Dance 3 version and beyond.

The routine has a total of Two Shake Moves, all of which are the same: 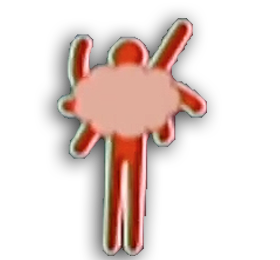 Starting with Just Dance 3, the routine has a total of 2 Gold Moves, all of which are the same.:
Both Gold Moves: Do a wild arm shake. 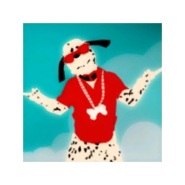 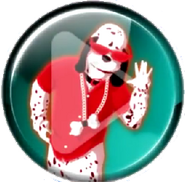 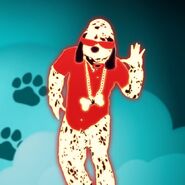 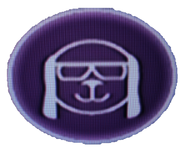 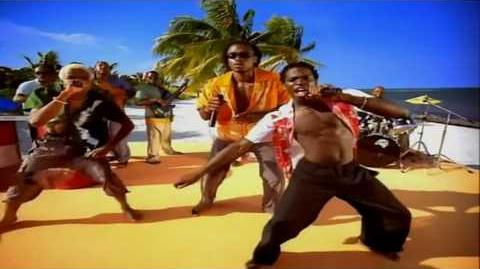 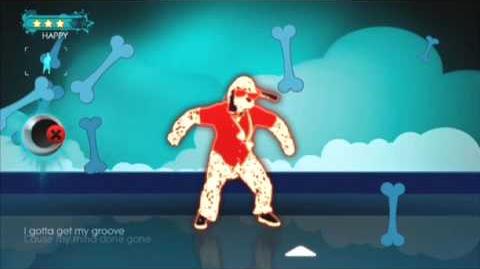 Just Dance 3 Baha Men Who Let The Dogs Out 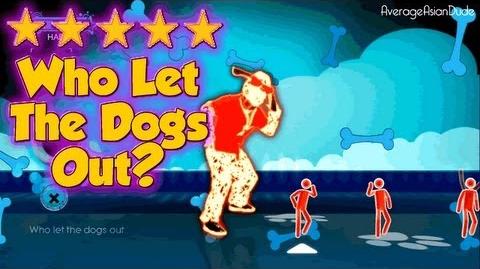 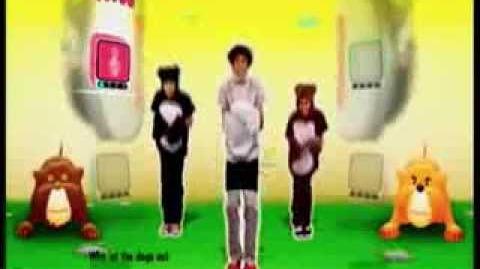 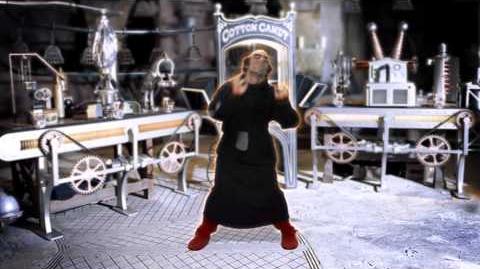 Smurfs Dance Party - Who Let The Smurfs Out

de:Who Let the Dogs Out?