Will You Be There

There are 2 dancers in the routine. P1 is a man, who is Michael Jackson and P2 is female.

P1 is Michael Jackson. He has black hair, he is wearing a gray button-up shirt (that isn't buttoned up), a white undershirt, a golden belt, some black pants, and black shoes.

P2 is a woman. She has black hair, she is wearing a red and golden robe (the robe is almost similar to Down By The Riverside's robe), and she is wearing black shoes.

The background is a stage somewhere in the outdoors. There is a night sky that has a moon and is in different colors, some fog, some lights, and some lines in the floor that glows pink. At some points, clones of the female dancers appear in the background. 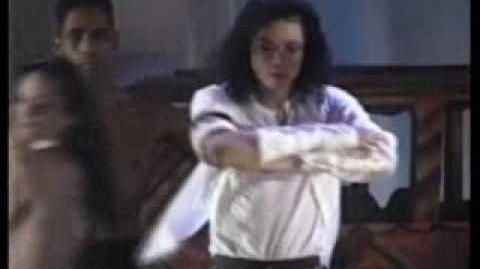 Michael Jackson - Will You Be There 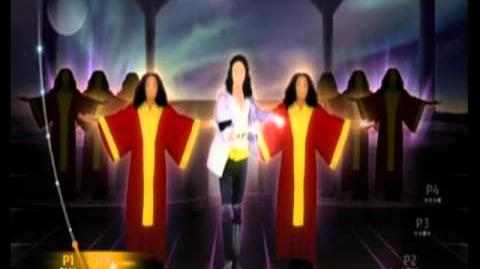