John Travolta and
Olivia Newton-John
(From the Movie Grease)

The routine is performed by a woman and a man, based off of Sandy Olsson and Danny Zuko from the same movie. Unlike most dancers, their skin tones are a basic light tone.

P1, Sandy Olsson, has blonde curly hair and wears a black off shoulder sleeveless shirt, black skinny jeans, and red stilettos. She is first seen wearing a black leather jacket, which she takes off.

P2, Danny Zuko, has short black hair and wears a black shirt, black skinny jeans, and black and beige shoes. He is also seen wearing a white baseball jacket with a red capital R, which he also takes off. 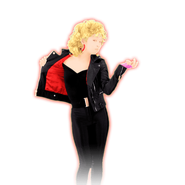 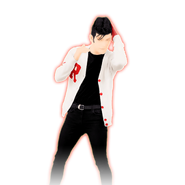 There are 2 Gold Moves in this routine, which are all the same :

All Gold Moves : Lift both arms and move to the sides. 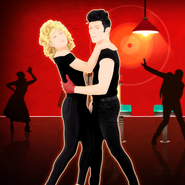 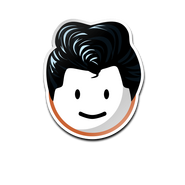 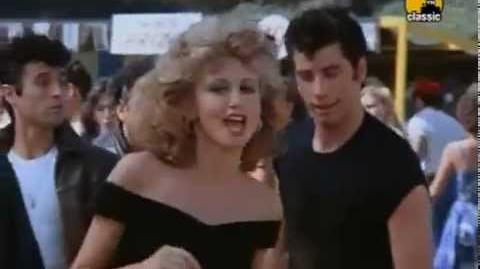 Grease - You Are The One That I Want HQ 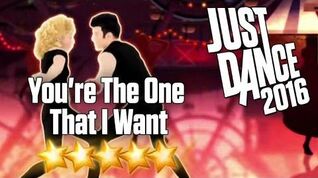