You Never Can Tell

Chuck Berry
(A. Caveman & The Backseats)

"You Never Can Tell" by Chuck Berry (covered by A. Caveman & The Backseats in-game) was going to be featured in Just Dance 2015 but was removed for unknown reasons. It later made an official appearance in Just Dance 2016.

In Just Dance 2015, it can be seen that both of the dancers' skins were in a darker white and looked more realistic.

P2, a woman, who also had black hair, was going to wear a yellow bone accessory for her hair and bra, an yellow bracelet, and had a orange fluffy skirt, bra, and boots with yellow lines.

In Just Dance 2016, they now have different and lighter color schemes.

P1's hair, bracelet, toga, leg warmers, and tie are now lightly colored, and the dinosaur teeth on his necklace are now red.

P2's hair is now lighter, and her bra, skirt, and boots are now golden. Also, the bone accessories on her hair and bra are now red, along with her bracelet. 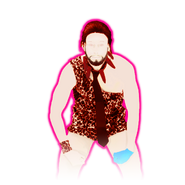 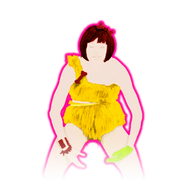 From what can be seen in the square found in the files, the background was set to take place in a house made out of rock. There was a TV, a pinkish-purple leopard carpet on the floor, a fireplace, and a plaque with a green cartoonish dinosaur head. Also, there is some sort of light that can be seen behind P2 in the square, which was possibly the exit for the house.

The background is a black wall with brightly colored neon caveman drawings. 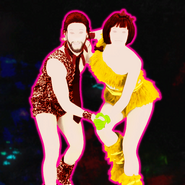 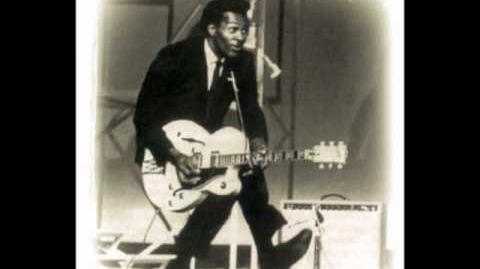 Chuck Berry - You Never Can Tell 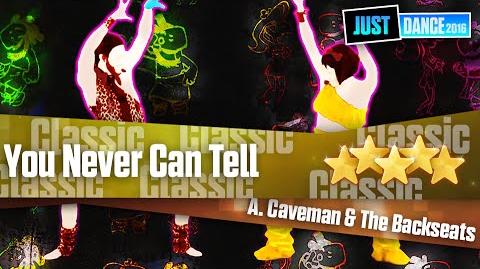 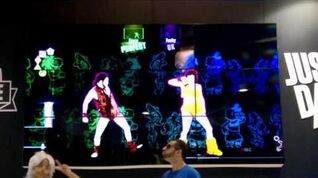