A. Caveman and the Backseats

"Boogiesaurus" by A. Caveman and the Backseats is featured on Just Dance 2019 as part of Kids Mode.

The dancer is an orange T-Rex dressed in a style that is reminiscent of the 1950's greaser style. He has a slick black mohawk that curls in the front and black sunglasses that go below the eye. He also wears a black vest and a purple glove.

The background is a cafeteria, it have a black and white floor similar to a chess board, there is a purple jukebox, an rock wall with a "Meteo's Burger" and "Dino's Diner" signs, there are two tables, one have a bottle of ketchup and mustard, and the other have a bowl with French Fries, there is also a window who shows a volcano and various trees.

Gold Move: Jump to the right with your hands up. 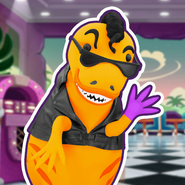 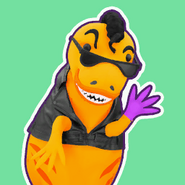 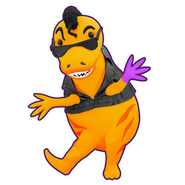 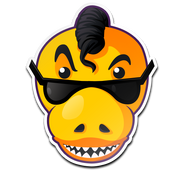 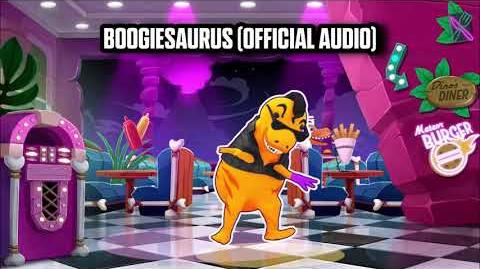 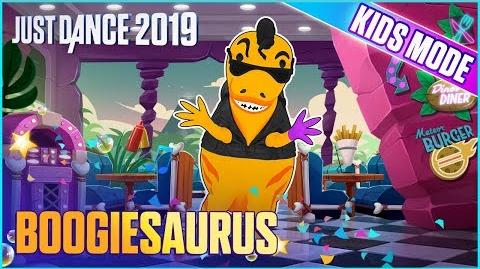 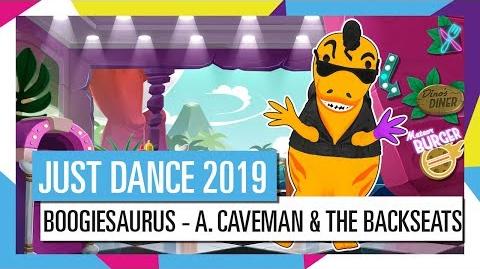