"Carmen (Overture)", composed by Georges Bizet and performed by The Just Dance Orchestra, is featured on Just Dance 2018, Just Dance Now, and Just Dance Unlimited. In the game, the title is spelled in French as "Carmen (Ouverture)".

Similar to P1, P2 wears a traditional suit of lights. This consists of a small red jacket with two golden strips on both sleeves and two black strips on the front. Under that, he wears a bright yellow shirt. His pants are red with a big golden strip along his legs a black strip on his hips. He has black shoes with bright yellow socks. On his head, he wears a traditional montera hat that has a golden stripe. He has a small beard on his chin. 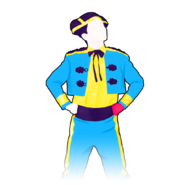 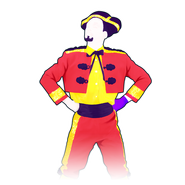 The background is a pop-up stadium with pop-up cows adorned with flowers in each open panel of the walls. There is a sun in front of a clear sky. During a certain part of the song, it becomes night time and stars fall from the sky, and the dancers have spotlights on them. There are roses falling from the sky at one point in the night time scene.

Gold Moves 1 and 2: Put your left hand on your jacket and your right hand diagonally above your head while looking at your right hand.
Gold Move 3: This is the final move of the routine. 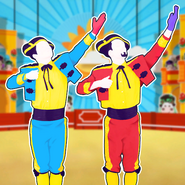 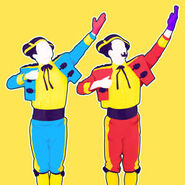 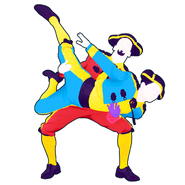 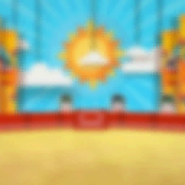 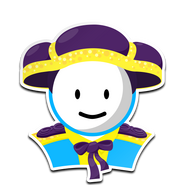 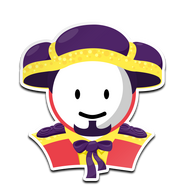 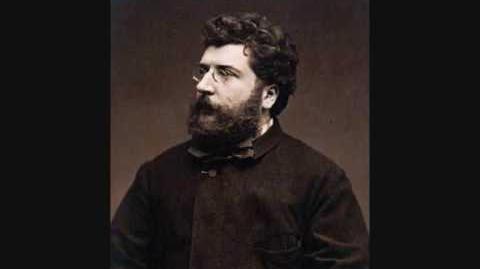 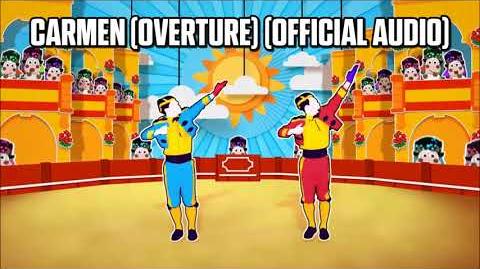 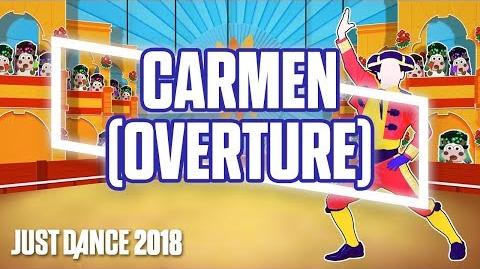 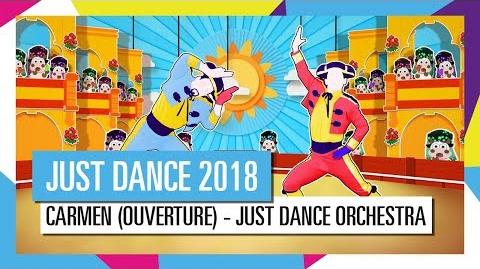 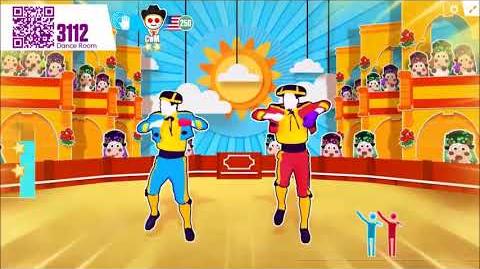