"Done For Me" by Charlie Puth featuring Kehlani is featured on Just Dance Unlimited and Just Dance Now.

P1 is a woman wearing a short pink ruffled dress, with a red laced under-skirt. She also has orange slicked back hair. She has mutiple accessories including square hoop earings, a large gold colored necklace, and a black belt with a silver buckle. She also has an ankle-high front covering black high-heels.

P2 is a man wearing a blue and light pink bowling shirt. He also has longer black hair that is parted in the middle. He sports dark blue pants that are cut off above the ankle and is held with a black belt. He also wears turquoise loafers with a black strip across the front. His accessories include a gold bracelet matching the color of P1’s necklace. 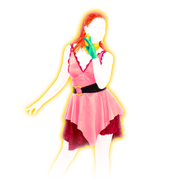 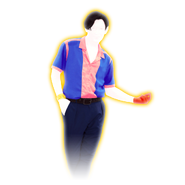 The background takes place in a city at night that conists of various alleyways that are decorated with neon light displays, mostly in blue and pink. The alleyways are made of brick. The displays flicker on in accordance with the songde Jus lyrics. Besides the lyrics, the displays also depict romantic schemes and schemes that correspond with the lyrics. For example, when "I lie for you baby" is sung, a pair of lips with an index finger over them as if to shush someone appears next to the lyrics. The background changes as well, with more zooming in and out of the alleyways. 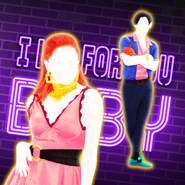 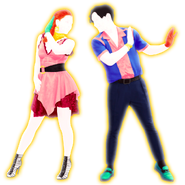 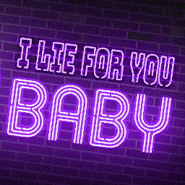 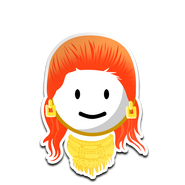 Done For Me in the Just Dance Now menu 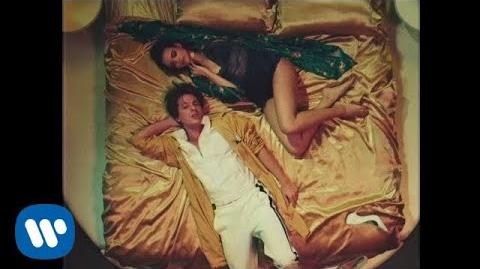 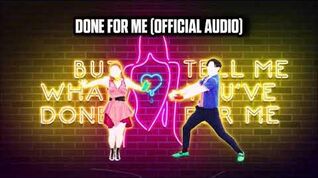 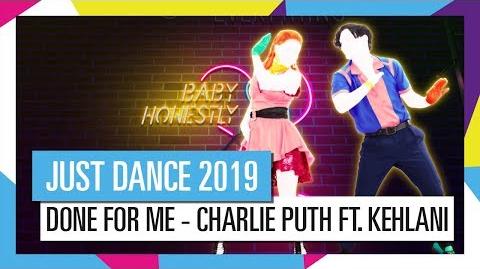 Done For Me - Gameplay Teaser (UK) 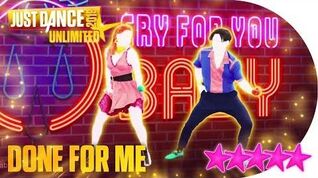 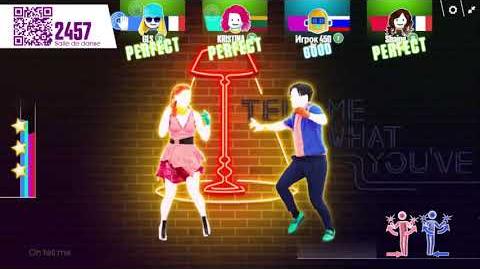 Done For Me - Just Dance Now

Done For Me - Just Dance Unlimited (No GUI)