The coach is a robot. It has a red cylindrical head with a yellow antenna on the top, a blue stripe with two yellow eyes, a yellow semisphere on each side and a big smile, a red body with blue highlights and buttons, a yellow speed gauge, blue arms with red wrists, blue legs with red feet and two dots on each.

There are 2 Gold Moves in this routine:
Gold Move 1: Bend your arms 90° and move them from left to right.
Gold Move 2: While facing the right, raise your left arm and lower the right one gradually. 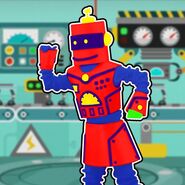 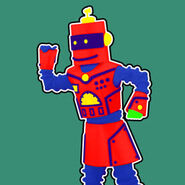 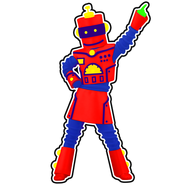 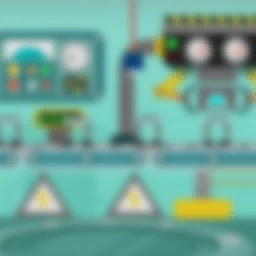 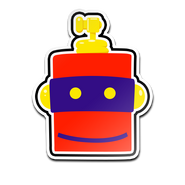 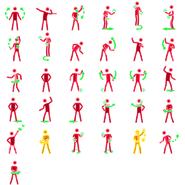 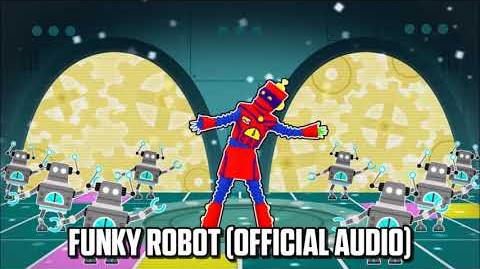 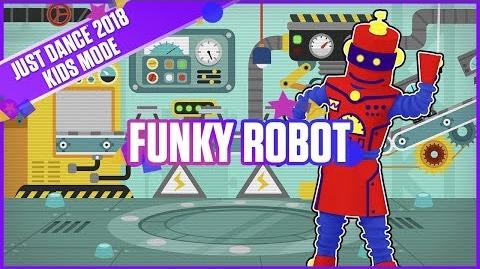 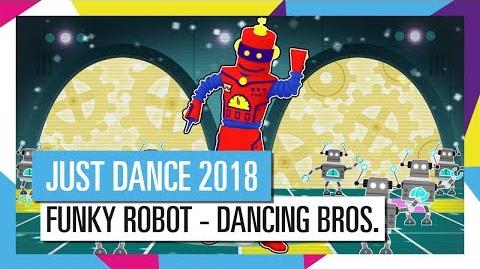