Plantilla:Infobox song2"Got That" by Gigi Rowe is featured on Just Dance 2018 and Just Dance Now. 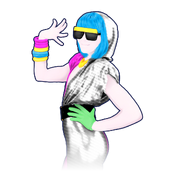 The dancer is a woman with short blue hair. She wears a pair of sunglasses and a jumpsuit with a hood that is divided into a pink half and a silver-grey half. She is also wearing a black belt, a green glove and a pair of navy high heels, and many wristbands that appear in the colors blue, yellow, and pink.

By the end of the second chorus, the pink parts of her clothing turn purple and her hair turns pink.

The routine appears to take place in front of a pool area, with palms and shapes floating around. The routine transitions between the pool scene to a white space with miscellaneous colored shapes, and a plane is also seen gliding through the space.

During the verses there are wavy lines that create water like movement, palm trees, coloured umbrellas, and random shapes when she blows a kiss.

In the chorus, there is a pool or beach with colourful shapes behind the dancer which moves around when she does a certain move.

During the instrumental break, the background is pink which shows palm trees, the dancer in clones, and some tropical plants. After that part, during the bridge, colourful neon shapes slowly fall down and there is what looks like water in a dark shade.

All Gold Moves: Put your right hand behind your head and do a small jump to the right. 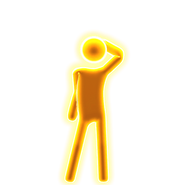 Got That appears in the following playlists: 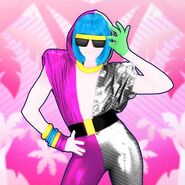 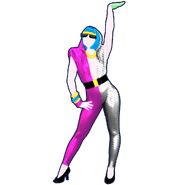 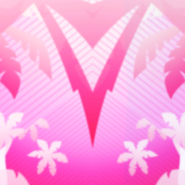 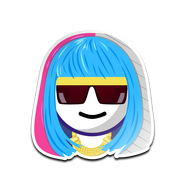 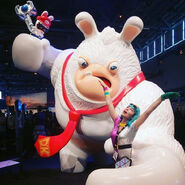 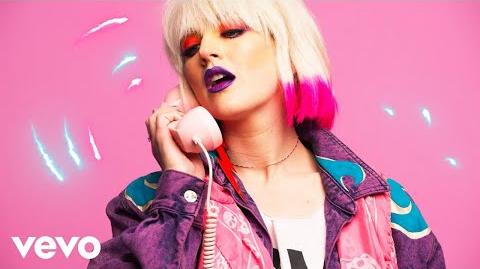 Gigi Rowe - Got That 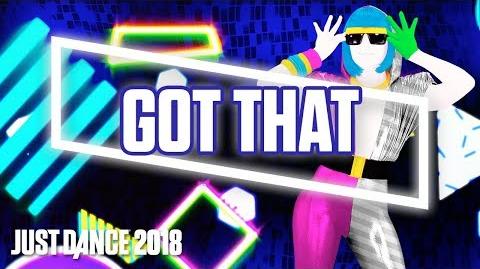 Got That- Gameplay Teaser (US) 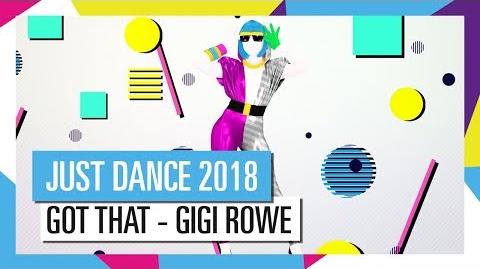 Got That- Gameplay Teaser (UK) 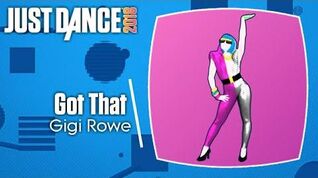 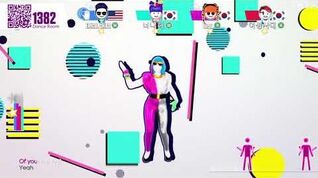 Got That - Just Dance Now