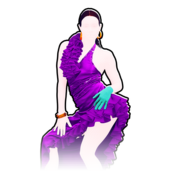 The dancer is a woman with curly hair. She wears a blue transparent lace top with a purple bra over it. She also has a purple split skirt with a black garter belt. She has black heels. 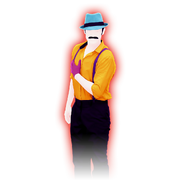 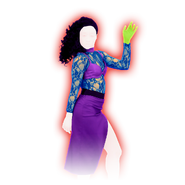 The background features vintage, Cuban style scenery. It features an outdoor café, with palm trees displayed all around. People frequently appear within the landscape. It resembles Havana City.

The background uses a sample of the Classic routine’s background. It starts with a black filter and two orange spotlights coming from the right and left sides, focusing on the coaches for the entire routine. As the song starts with each clap, it flashes a part of the Classic background in different places, creating a montage colored in violet, red, blue and green (depends on the parts). These flashes bump along with the beat.

Gold Move 1: Shake both of your hands down five times.
Gold Move 2: Blow a kiss to the right of the screen. This is the final move of the routine. 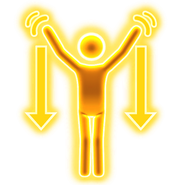 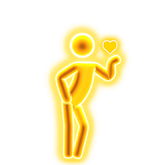 There are 2 Gold Moves in the Tango routine:

Gold Move 2: This is the final move of the routine. 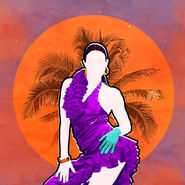 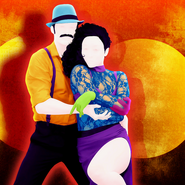 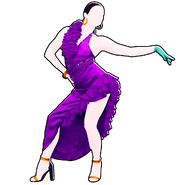 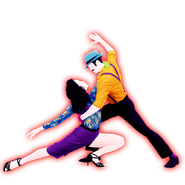 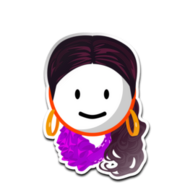 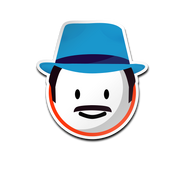 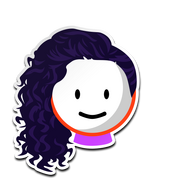 Havana on the Just Dance 2019 menu

Havana appearing in Just Dance Now after its removal 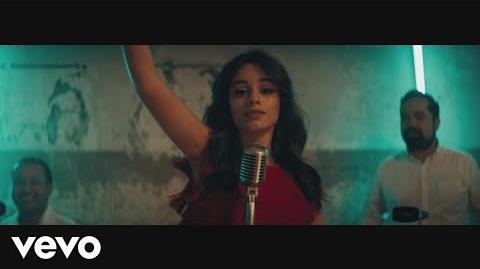 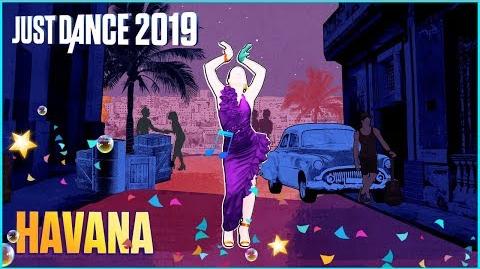 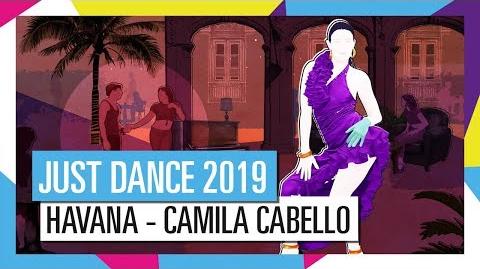 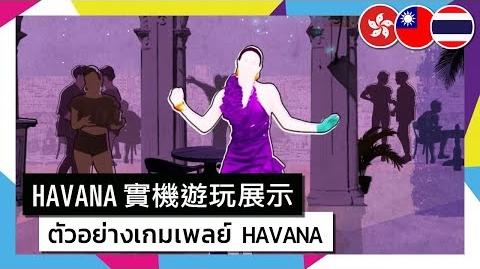 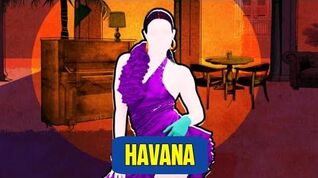 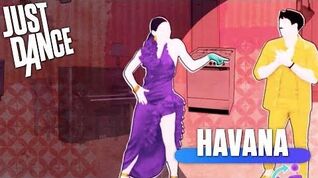 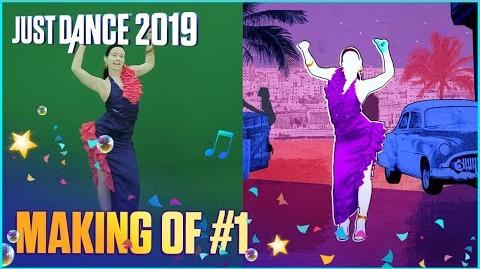 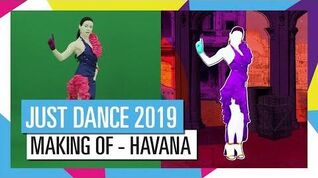