"Here Comes the Hotstepper" by Ini Kamoze, covered by The Hit Crew in the game, is featured on Just Dance 2 as a DLC, and on Just Dance: Summer Party.

The dancer is a man who appears like a Mongolian farmer. He has a blue hat, a blue and yellow checked shirt, blue one-shoulder overalls with yellow tail on the back, and blue boots.

The background is styled as a farm. There is a barn, chickens, and some sheaves of hay. For almost the entirety of the routine, there is a Rabbid annoying the dancer. At the end, the front wall of the barn falls, revealing numerous Rabbids.

Here Comes the Hotstepper on the Just Dance 2 menu 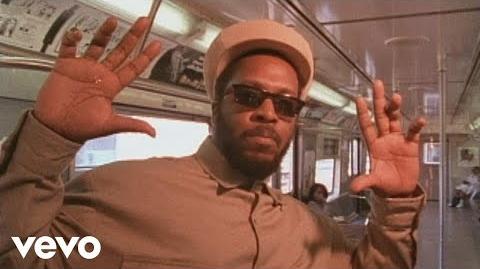 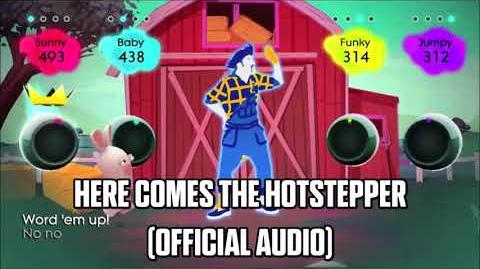 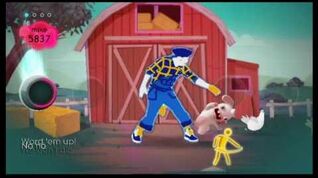