"How Far I’ll Go" by Auli’i Cravalho (covered by Sarah Milton and credited as Disney’s Moana in-game) is featured on Just Dance 2018, and Just Dance Now. The song also appears in Mode Kids. 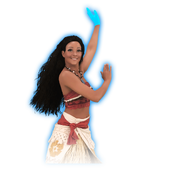 The dancer resembles Moana. She has long, silky black hair, and a brown skin tone. She wears a white skirt with flowers on them. She wears the pendant, known as the "Heart of Te Fiti" that Moana had in the movie. She also wears a red top with a white line in the middle.

The beginning of the song starts with a wave that reveals the movie title written on the sand; right after that, "Moana" is seen on a shore in front of an ocean, the setting takes takes place at Moana’s home at Motunui with a palm tree on the left and a mountain behind. The scenery constantly switches from daytime to nighttime or sunset, and it becomes dark with exploding purple sprinkles coming out of the sand before the start of the second chorus.

During the chorus, elements from Maui's music video from "You're Welcome" are present .There is a Hawaiian theme, including palm trees, and a sunrise with a tiki face on it. The second part of the chorus shows red and yellow Hawaiian necklaces and flowers slowly falling into the blue waves of the ocean, resembling the movie.

When the second chorus is repeated, the background switches to a wooden boat sailing on the sea at night which Moana had built from the movie, with sparkles and luminous blue boats with Hawaiian-styled silhouettes of people on them. There is even a fish hook constellation where Gramma Tala says that it leads to Maui, that magically appears when the last chorus appears.

Gold Move 1 and 2: Facing to the left, raise your arms up to your right while walking forward.
Gold Move 3: Swing your arms above your head while crouching. Your right leg should be behind your left and you should almost be kneeling. 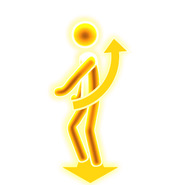 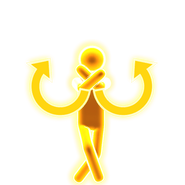 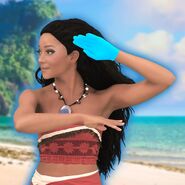 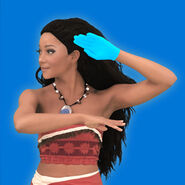 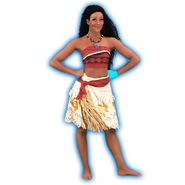 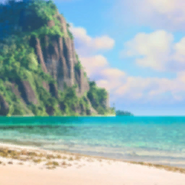 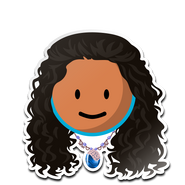 Behind the scenes
Añadir una imagen a esta galería 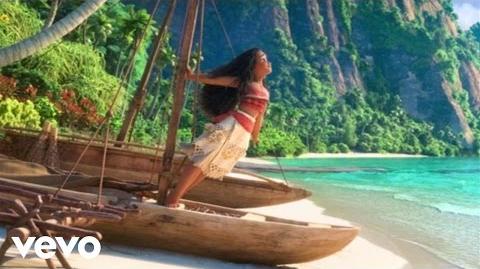 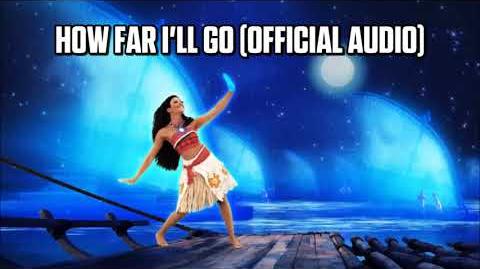 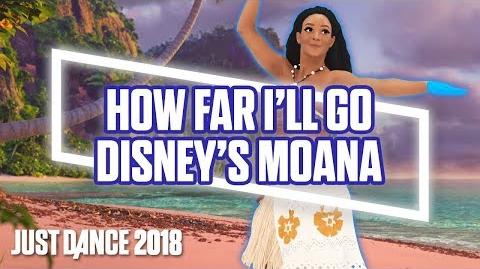 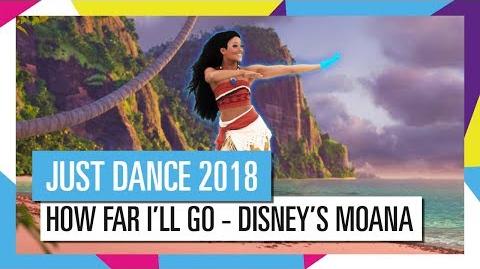 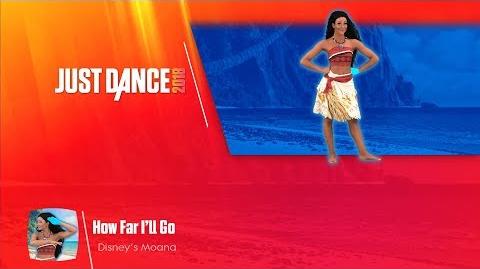 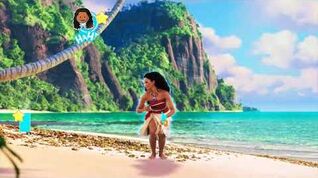 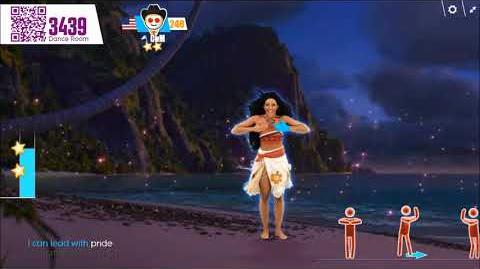 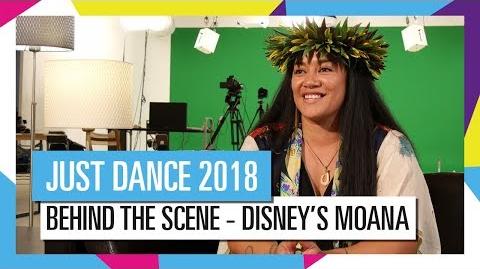 How Far I’ll Go - Behind the Scenes (UK) 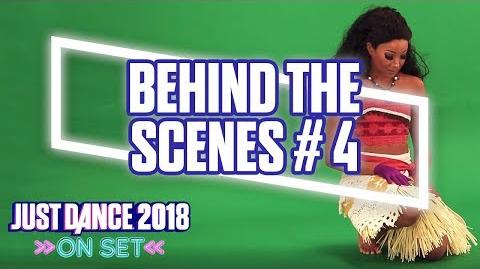 How Far I’ll Go - Behind the Scenes (US) 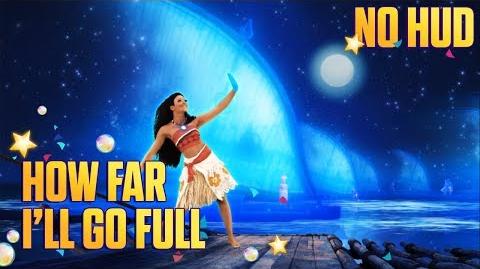