The routine is performed by a duet composed of a man and a woman.

P1 is a man, he is wearing a light pink cap with a golden crown with blue and green jewels. He wears a pink and blue sweater with blue clouds, a rainbow and a yellow cat's face with a blue horn, blue pants with a golden chain, and pink shoes with white laces and soles.

P2 is a woman. She has a dark purple braid sliding down her left side. She wears a golden crown with motifs and emblems carved into it and a red oval gem, with blue cushions to support the base of the crown. She wears a light pink short sleeved shirt with a cartoon-like explosion design in the front, with lips covered in blue glitter near it, a black leather jacket with loose belts and gold chains, a large blue ballgown skirt, black knee-high socks, and yellow leather combat boots with pink laces. 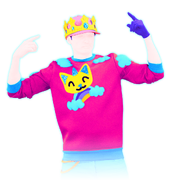 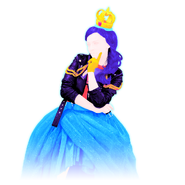 The routine takes place in a royal and luxurious lounge, with large, gold-framed mirrors that are hung or float around the background; a sofa with purple highlights and black center, a desk with a mirror and a lamplight, and a cabinet with another mirror, which sits on top. The flooring is made of dark purple wood. Waves with sharp ends move about on it. A purple curtain drapes around a tinted glass mosaic. The glass and some mirrors show Andy's face or her eyes.

The background then switches to a golden cage with heart locks and golden chains, which then breaks into pieces, bringing the routine back to the lounge.

There are 2 Gold Moves in this routine:
Gold Move 1:

Gold Move 2: Throw your right and left arm up consecutively.

in yours I’m Cersei

Dans le tien je suis Cersei
", as heard in the music video, is changed to "

For me you are Prince Charming

I give you allergies

" in the music video is changed to "

I was seriously touched 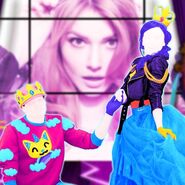 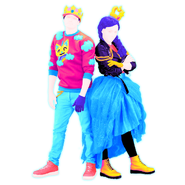 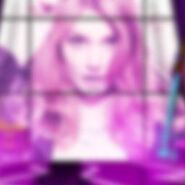 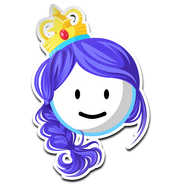 Andy bts.jpg
Behind the scenes 1 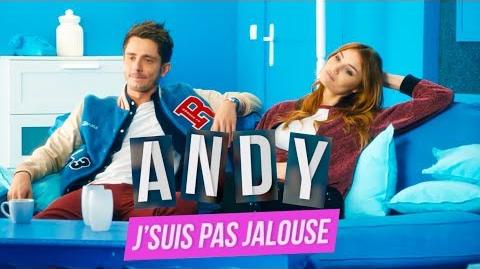 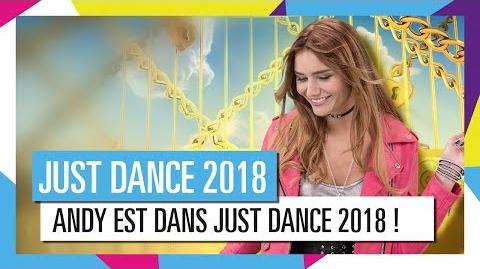 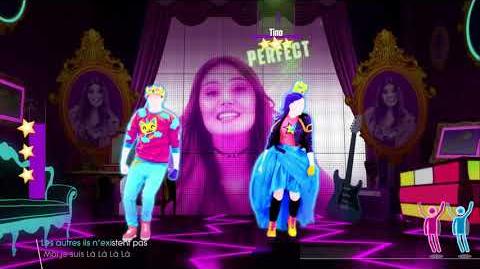 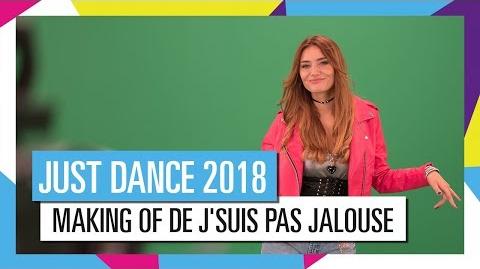