"Keep on Moving" by Michelle Delamor is featured on Just Dance 2018 and Just Dance Now.

The coach is a woman with short and curly hot-pink hair, done to the side. She wears a blue transparent top that is cut in the front and back like a crop top but extends to her thighs on either side. The sleeves of the top are golden around her wrists. She wears a black bra and glittery and shiny light blue shorts underneath. She also wears hot pink boot-heels with dark and light blue socks and has six black stars for both sides. For jewelry, she wears a black necklace with golden fragments on it and hot pink earrings.

Gold Moves 1 and 3: Put your arms down with your fists closed.
Gold Move 2: Facing left, slowly lean back and drop your arms behind you. 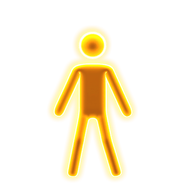 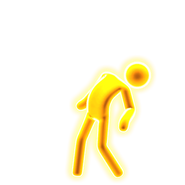 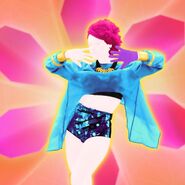 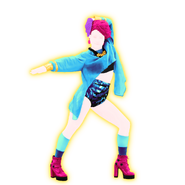 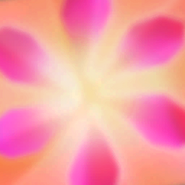 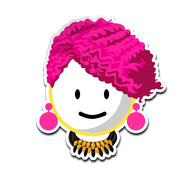 Keep on Moving on the Just Dance 2018 menu 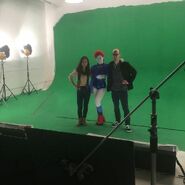 Editing error with the dancer’s shoes

Another editing error with her shoes 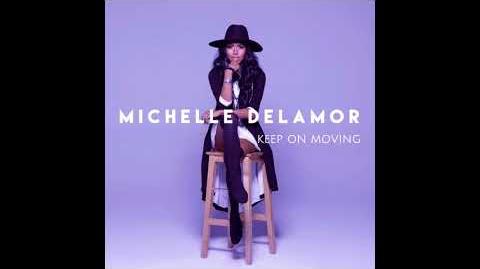 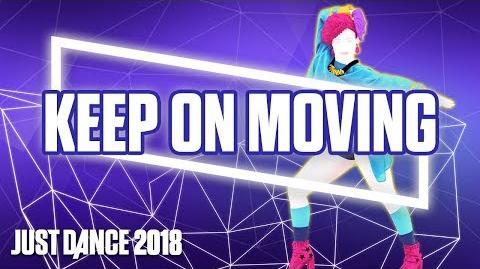 Keep on Moving - Gameplay Teaser (US) 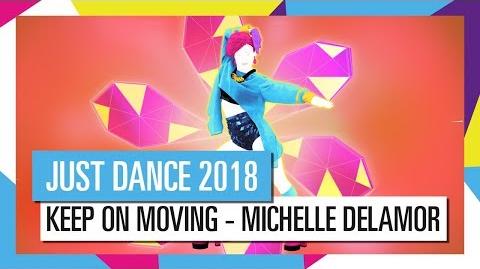 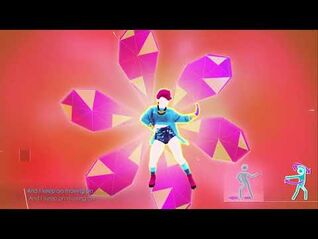 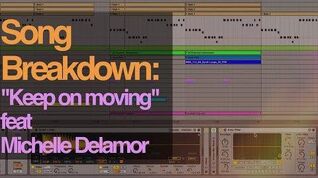 How I Produced "Keep on Moving" featured in Just Dance 2018 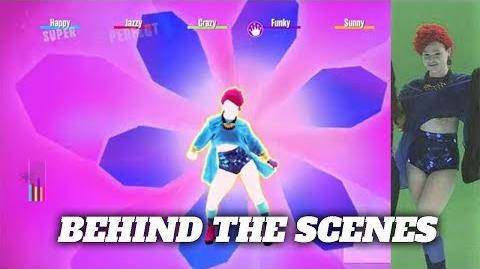