P1 is a man wearing a big red-and-gold hoodie trench coat, a gold collar and a gold necklace on his neck, three gold bracelets on his right arm, a gold ring on his right middle finger, a pair of brown pants, a pair of dark brown boots with golden buckles, and a fox helmet with an earring pierced through its left ear.

P3 is a man wearing a large red-and-gold scarf, a leather strap on his chest and right shoulder, gold bracelets and gold gauntlets on his arms, a black-and-gold loincloth, a pair of brown shorts with red shins, a pair of dark brown boots with gold tongues, and a cat mask with earrings pierced through both ears.

The dancer is a woman. She has golden shimmering skin. Her clothing includes a blue-black tank crop-top with a V-chest, and tight blue-black shorts. Over the shorts she wears a medium-green girdle, with skirt-like features. The central piece resembles a knot, with golden lining, two golden strips extending through the sides of the girdle to the back. She also wears a green hood over her head, secured in place, and over the hood she wears a golden tiara. She has multiple necklaces, two of them extending upto her chest. She wears blue-black arm bands, stockings, and and thigh-garters. She wears black shoes. She also wears a golden bangle on her right hand. Right around her shins, are two loose golden chains attached on both legs, that resemble anklets. She sports a black cateye makeup.

The routine takes place in a very dark Egyptian-themed setting, with the coaches performing on a stage built on the tip of a black pyramid. A big black statue can be seen through the building's windows and various monoliths can be seen flanking the pyramid as the camera zooms in onto the coaches. Once the song begins, the building's columns, the monoliths, and the window frames start flashing pink lights to the beat of the song.

Several light formations are created as the song progresses and flash to the beat of the song behind the coaches. The light formation then starts spinning before disappearing at the song's beat drop.

The statue, encrusted with jewels, start moving towards the stage. At the start of the chorus, various monoliths rise from the ground and obscure the building as gold stripes form on them and the statue.

Both Gold Moves: Bend over, then spread your legs and slam your hands down fast. 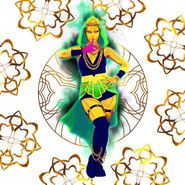 Early version that features no effects on the statue 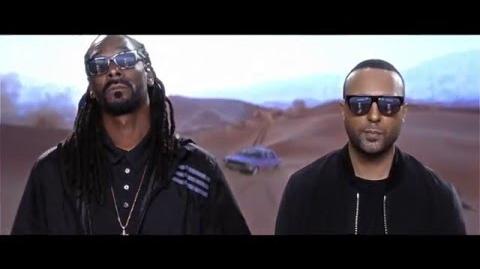 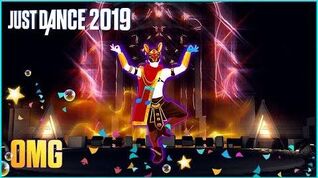 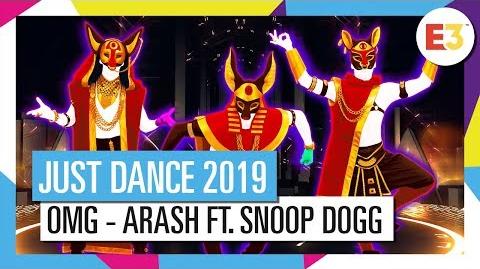 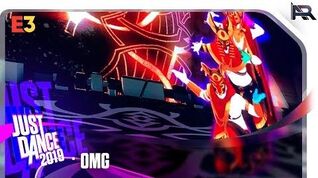