The dancer resembles Miguel from the movie Coco. He has the skeleton facepaint that resembles the one from the movie. His hair is shaggy and has bangs, but the rest is covered by the hood. He wears a red hoodie with white strips on the sleeves, with the hood propped up, and zipped up to the neck, grey jeans and brown shoes. He carries the signature white guitar on his back, with the black strap on his front across his chest.

The routine takes place on a stage like the one in Coco. It has purple curtains, colored stars and a Day of the Dead skull. When the curtains move away, the Land Of The Dead from the movie can be seen. Some pieces of hardwood light up in various colors as colored skull fireworks explode in the sky. Then, the scene changes to a purple and white background with a large black guitar that plays with the rhythm. The scene later changes to a black background with large and small muiti-colored neon guitars and a large skull.

Gold Move: Lean forward while standing on your right foot, put your right hand to your chest, and stretch out your left arm as if singing. 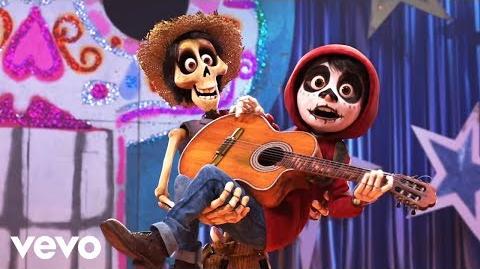 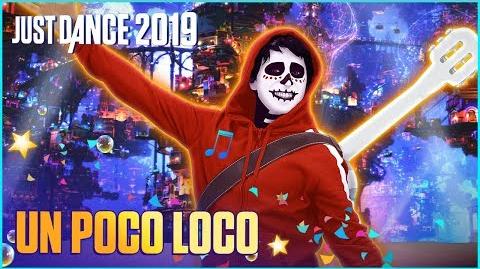 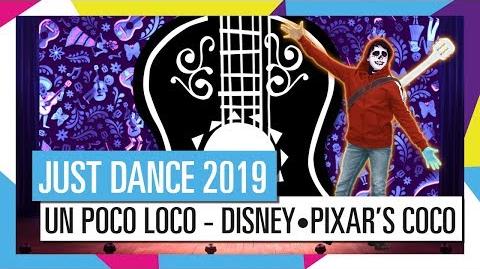