The dancers appear to be both male "horseless jockeys", as described in the interview. Both of them wear helmets, long sleeve shirts, white pants, and black boots. P1’s helmet is brown, and his shirt is yellow and purple with stars. P2’s helmet is orange, and his shirt is orange and purple with squares and stripes. Both jockeys pretend to be riding without horses, even going as far as jumping over hurdles and horseracing. 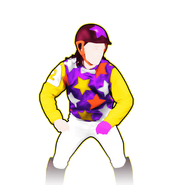 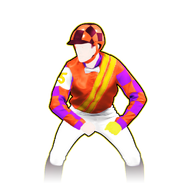 The routine takes place in a cardboard land. There are shrubs, and a brown road. Halfway in the background, the scenery zooms through quickly backwards like a conveyor, and at a slower pace in the closer half. Horses on strings appear throughout the routine. Stable equipment such as horseshoes and hurdles can also be seen on the conveyor strip. When the symphony slows down, the background darkens and a spot is highlighted by a bright spotlight.

There are 4 Gold Moves for each coach in this routine. All Gold Moves are done consecutively: 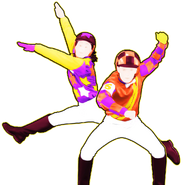 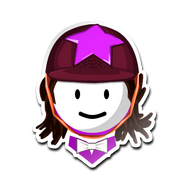 Ideas for the background
Añadir una imagen a esta galería 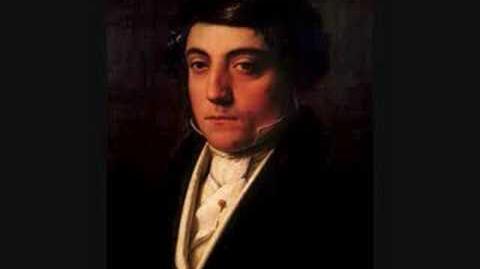 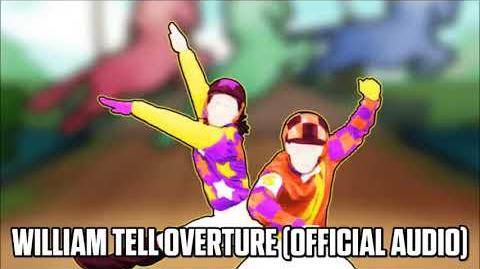 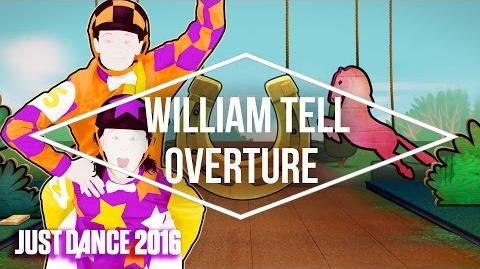 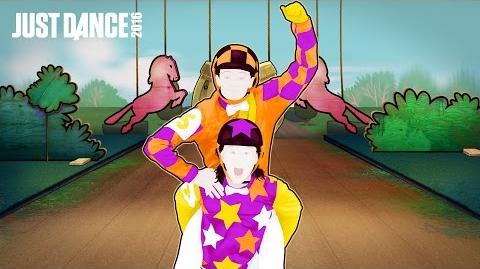 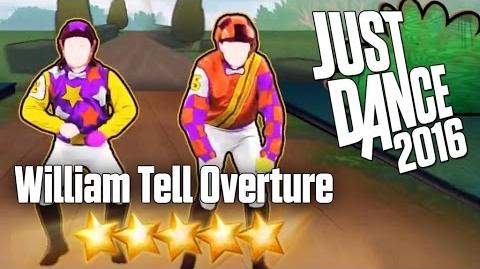 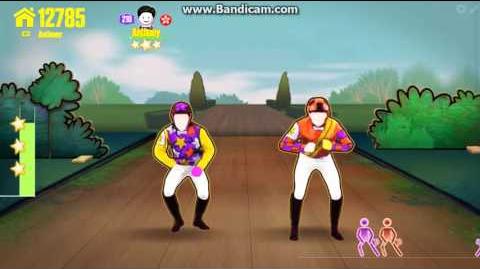 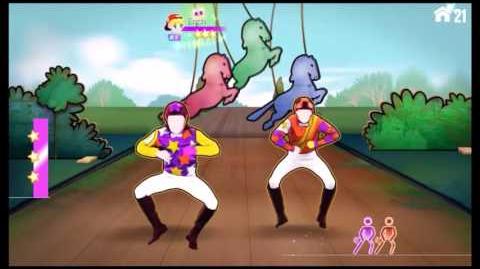 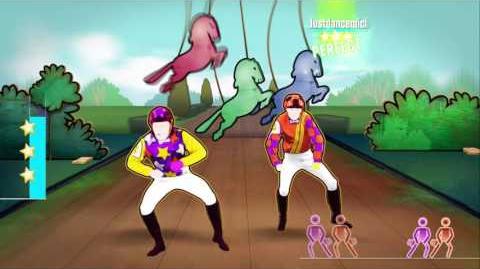 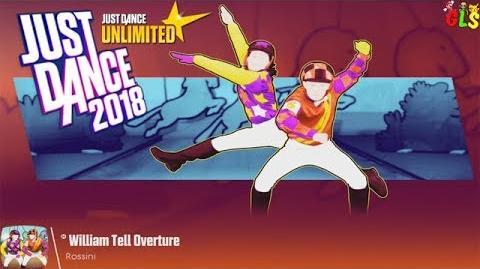 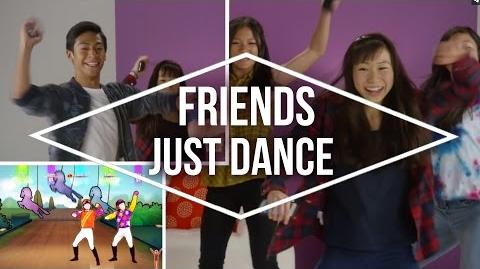