The dancer is a man with short purple hair. He wears a dark brown hat, a blue and yellow shiny pullover, a red medium-sleeved shirt underneath, black pants with yellow lines, and black canvas sneakers.

The background is a dark, starry outer-space backdrop, with what appears to be a giant bubble in the center of the background. It has smaller bubbles around it. The background also changes color at points of the routine.

There is only 1 Gold Move in the routine.
Only Gold Move: Move both arms to make two semi circles while walking forward. 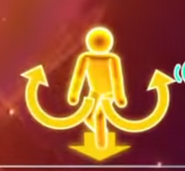 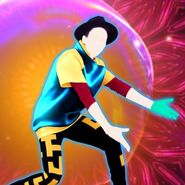 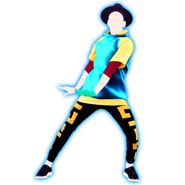 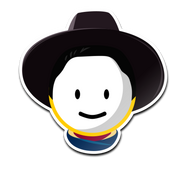 Beta avatar
Add a photo to this gallery