The routine is performed by a trio of men with bright colored costumes which are themed to be costumes from some airport.

P1 is a baggage handler. He has black dreadlocks in a ponytail, orange noise-cancelling headphones, some facial hair on his chin, a black necklace, a sky blue tank top, yellow workman pants, a black and yellow jacket tied around his hips, and magenta shoes.

P2 is a pilot. He has a small black mustache and is wearing a blue pilot hat, dark sunglasses, a magenta polo shirt with a black tie, blue work pants, and black shoes.

P3 is a skydiver. He has short black hair, a neon green skydiver suit with two pink patches, a yellow shirt underneath, a black backpack and black shoes. 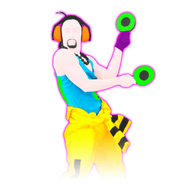 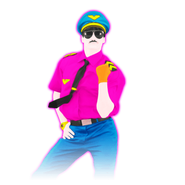 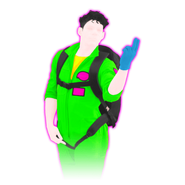 The routine takes place on the wing of an aircraft. The aircraft begins airborne in a sky with purple clouds. Rubber ducks can be seen moving across the background. After another airplane zooms by, the aircraft on which the routine takes place lands during a sunset. The aircraft can be seen with spinning rotors. It moves rapidly across a runway strip illuminated by purple lights. Sometimes, the lyrics appear flying with a parachute and are highlighted when sung.

There are 5 Gold Moves in this routine:
Gold Moves 1, 2, and 4: Move your arms up and down while kicking with your legs.
Gold Move 3: Spread your arms out like you are soaring.
Gold Move 5: 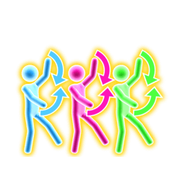 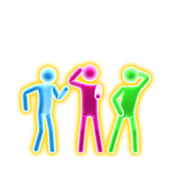 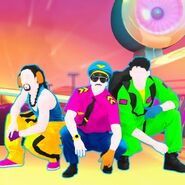 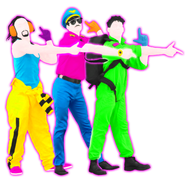 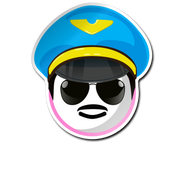 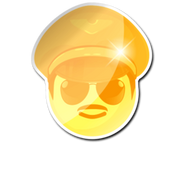 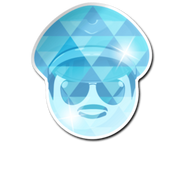 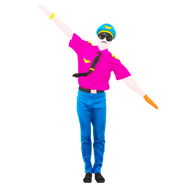