The routine is a duet between a man and a woman.

P1 is a man wearing an orange fedora over his black hair. He also wears a pair of black-framed sunglasses, a blue opened button shirt, a black vest, a pink tank top, orange jeans, and light blue loafers.

P2 is a woman with black hair tied in a bun. She wears a yellow bandanna, blue earrings, a blue and yellow tied up shirt, a black skirt, tall magenta socks, and marigold-colored loafers. 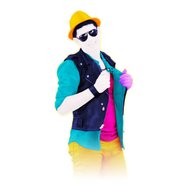 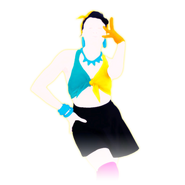 The routine is a trio between a woman, a man, and a woman

P1 is a woman with a red, shinny sveele-lees top, wearing a red skirt and yellow heels. Her hair is brown, straight and long and on her left hand she has a yellow bracelet.

P2 is a man with a pink shirt, and black jeans. He has short, dark, messy hair and red shoes.

She has an outfit identical to P1. The only difference is that her hair is short. 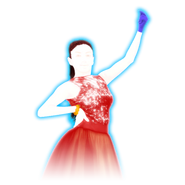 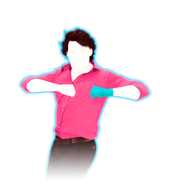 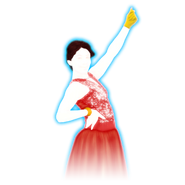 The background contains green palm trees and palm fans, with the dancers' silhouettes appearing within. A circular panel with a blue palm tree and the dancers' reflections is also found, along with two other circles, each containing a pink forest and an orange beach. After this, a solid coloring of a blue and yellow beach with purple canoes is seen.

There are 3 Gold Moves:
Gold Move 1: Shake your shoulders while facing your partner.
Gold Moves 2 and 3: Slowly move your arm to the right. 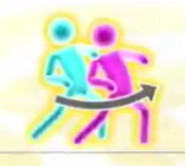 Format:Stub/Section There are 3 Gold Moves in the Trio Version.
Gold Moves 1 and 3: P1 and P3 raise their arms up in two semicircles and bend over backwards; P2 raises his arms up straightly, while standing.
Gold Move 2: bend over slightly and pat your legs. 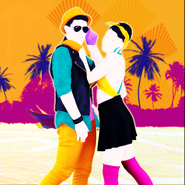 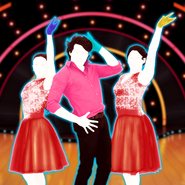 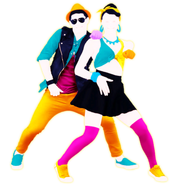 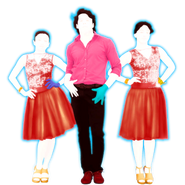 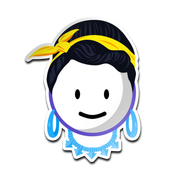 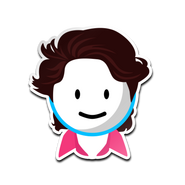 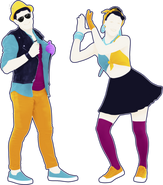