"HandClap" by Fitz and the Tantrums is featured on Just Dance Unlimited and Just Dance Now.

P1 is a man who is wearing a orange sleeveless shirt as well as blue jeans, cyan sneakers, a dark pink top hat, a cranberry-colored necklace, and sunglasses.

P2 is a woman who is wearing a checkered cranberry-colored half-button up with a maroon vest with orange accents as well as blue denim shorts and black boots. She also wears sunglasses and her hair is tied in a long ponytail.

P3 is a man who is wearing a blue shirt with a checkered button-up as well as cyan jeans, black sneakers with dark pink patterns, a orange beanie, and sunglasses.

During the pre-chorus, every orange element the dancers' have turns purple, the cranberry-colored elements turn red, the blue elements turn darker blue, and the cyan elements turn into a darker shade. 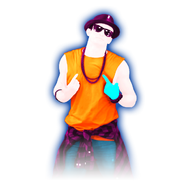 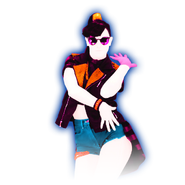 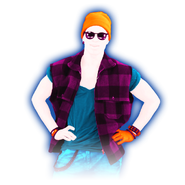 There is 3 Gold Moves in this routine, including one which is a Wave Gold Move:
Gold Moves 1 and 2: 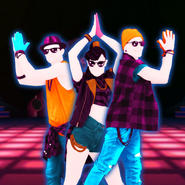 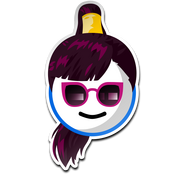 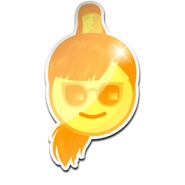 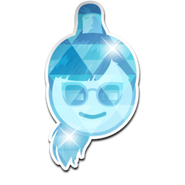 Pictograms
HandClapDashBug.gif
dash.justdancenow.com pictogram error
Handclap picto glitch.png
Another glitch in the pictogram bar (notice the golden rays on the right)
Add a photo to this gallery