The coach is a man with short black hair. He wears a red shirt with a cyan square on the left shoulder, blue skinny jeans and a pair of black shoes.

The background is a blue-purple room with colorful lines, beating purple circles and light effects. In the chorus, the walls move apart, making the room much wider, and magenta combined lines appear and follow the beat of the song (similar to Blame). In the bridge, the room becomes grey and it splits up in more rooms, one into another. It was inspired by the music video for Hotline Bling by Drake. [2]

There is one Gold Move in the routine:
Gold Move: Quickly raise your right arm while looking up. This is the final move of the routine.

Hold My Hand appears in the following Dance Quest:

Hold My Hand on the Just Dance 2016 menu 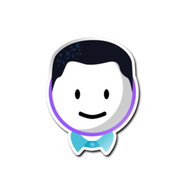 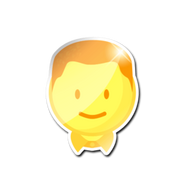 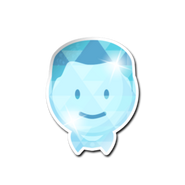 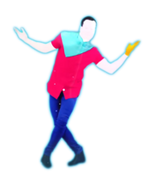 The error where a large part of the background disappears for a few seconds in the dash.justdancenow.com video

Behind The Scenes
Add a photo to this gallery