"Into You" by Ariana Grande is featured on Just Dance 2017. 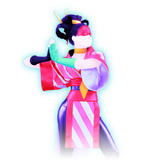 The dancer is a geisha with Japanese-style makeup. She has black hair in many curves connected by a golden barrette, and wears a pink and white striped robe, dark blue patent leggings, pink and yellow wedges, a black and a turquoise elbow-length glove, a pink transparent mask, a dark pink belt with a yellow diamond in the middle, and a gold choker on her neck.

The background consists of rocky mountains and a volcano in the distance. The ground is imprinted with branch-like patterns that glow accordingly to the dancer's movement. Closer up are pink cherry blossom trees that grow from the ground. The sky is covered in a pink smoke and cherry blossoms rising from the ground. During the chorus, the screen transitions with the scene turning white with flowers rising. The scene then turns into a closeup of tree branches flowers sprouting up, flashing to the beat and a distant image of a blossom, with this background moving in a counterclockwise circle. At the bridge, there are flowers with its petals exploding behind the dancer. After the bridge, the sky turns purple, with the ground that is normally black becoming white, not to mention the mountains. When "So come light me up" is sang in the final chorus, cherry blossoms drift down until the end of the routine.

Into You appears in the following Dance Quest map: 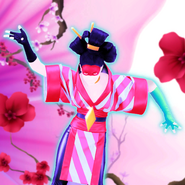 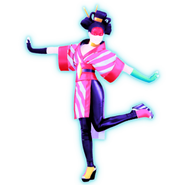 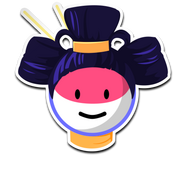 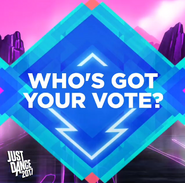 Gameplay GIF
Add a photo to this gallery