P1 has black hair, which is mostly brushed on her right side. She wears a large blue and yellow necklace, various bracelets on her right arm, a red, yellow, and black halter bikini top, and black bikini bottoms under a blue, green and yellow skirt.

P2 has black hair and a black beard. He wears a yellow and green fedora, a blue vest, a green sleeveless shirt, and orange pants. 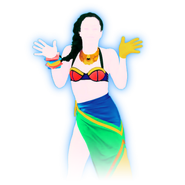 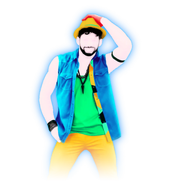 The background is a nighttime beach. Around are lit candles, palm trees wrapped in lights, paper lanterns, a gazebo with a lit up "Bicicleta" on the roof, and a parked bicycle around one of the palm trees. The lanterns, candles, and ground fade from pink to blue, to orange and to yellow. The full moon remains pink, except for the blue scenery, where it is also blue.

There are 3 Gold Moves in this routine, in which they are all the same.
All Gold Moves: Put your arms up, one at a time, and walk to the front. 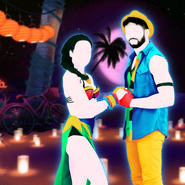 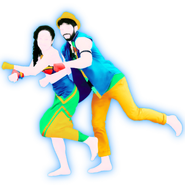 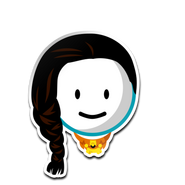 P1 avatar
Add a photo to this gallery 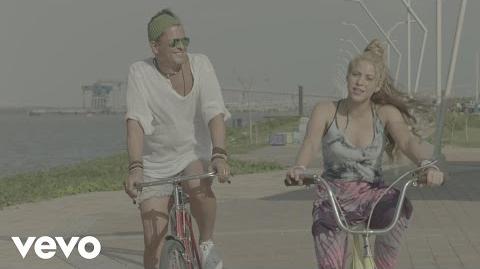 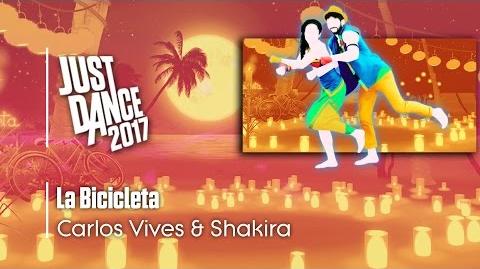