The routine contains two women and two men, all of whom are in Indian attire.

P2 has dark blue hair in dreadlocks (with some of his dreads painted orange and sky blue) and a blue beard. He wears black circular glasses, blue and orange tattoos on his face and arms, a purple button down shirt, shiny blue slim pants, and bright blue sneaks. He also has small black diamond shaped earrings.

P3 has dark blue hair with pink streaks in a bun. She wears a red mask, orange tattoos, a green and blue dress, blue underwear, and black ankle boots. She also appears to have a tie shaped necklace.

At some parts of the routine, the dancers' skins turn black and their outfits are given a black light effect. Any orange colours will turn light green and any dark blue colors will turn black. 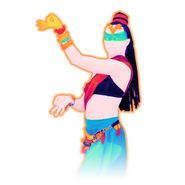 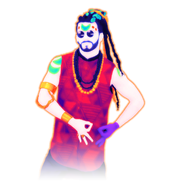 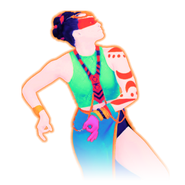 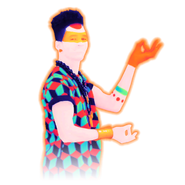 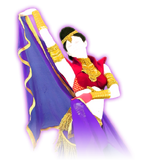 The dancer in the Scarf Version has an Arabian belly-dancer attire with a red top and violet bottoms with gold sequins. She wears a gold headband and has a blue scarf-like robe with a gold outline. Her hair is bun with a long segmented pony-tail and is black.

From the bridge to the end of the song, the blue parts of ther houtfit (including the scarf) turn black, and the silhouette of what's behind those elemnts can be seen.

The background contains circular mosaic patterns rotating. They change between blue and pink regularly. Thin lights shine above the dancers. The floor also contains similar patterns that flash inside light up squares. Gold and pink paint splatter is present inside an arch opening and from the right of the background.

The routine takes place in a tent with some decorated columns, in the middle of a desert. Inside this tent, there are an Arabic-styles hanging lantern, many decorated pillows two lamps and a carpet; the decorations often light up.

Before the bridge starts, the roof of the tent is blown away by the wind, and then the desert disappears. The remaining elements of the tent become black and luminous. This change in the background remains untl the end of the song, when the wind makes the roof reappear.

Gold Move 2: Make an Indian pose with your hands together. 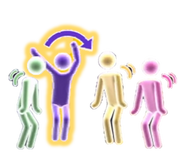 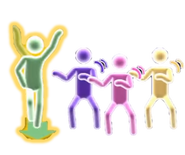 There are 3 Gold Moves in this routine, in which they are all the same.
All Gold Moves: Put your right arm out and spin.

There is one Gold Move in the Mashup:
Gold Move: Put your right hand up and shake your body. (Pon de Replay)

Lean On has a mashup which only features females wearing clothing from around the world. 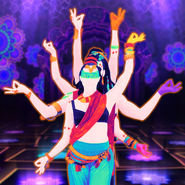 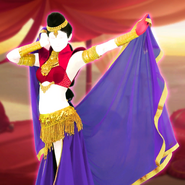 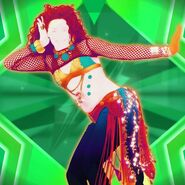 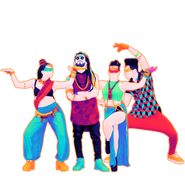 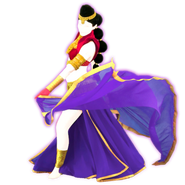 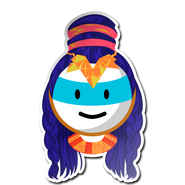 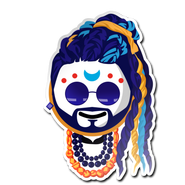 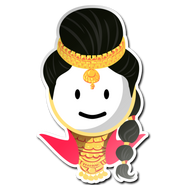 Behind the scenes (Scarf version) 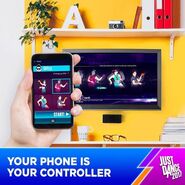 P2's beta pose on the Coach Selection menu
Leanon wii different glow.png
The different glow seen on the Wii version of the game
Add a photo to this gallery