"Primadonna" by Marina and the Diamonds is featured on Just Dance 4 as a DLC, Just Dance Now, and Just Dance Unlimited

The coach is shown to be a princess figure. She is wearing an orange short princess dress with vulturous orange ruffles. Her hair is put up in high hair and curls with a tiara. The coach also wears a necklace with a pink gemstone, two light green ribbons, dark purple tights, a garter, and red mid-high heels. Her glow is blue and her glove is hot pink.

The routine takes place in front of a giant purple chandelier, which sways and glistens during the routine. In the second part of the verses, it disappears and when the dancer points to the sides, a series of lavish luxuries, such as a present, a ring and perfume, appear.

There are 3 Gold Moves in this routine:
Gold Moves 1 and 2: Put your hands in the air in a noble way.
Gold Move 3: Right after the coach runs close to the end, points your hands to the sides and lean forward. 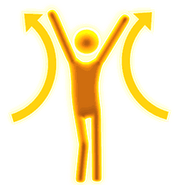 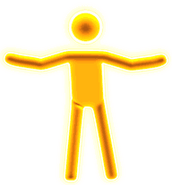 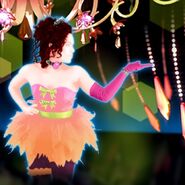 Primadonna on the Just Dance 4 menu 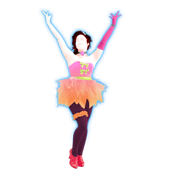 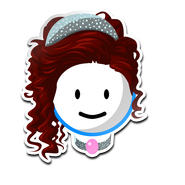 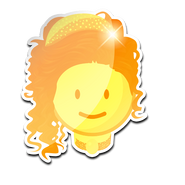 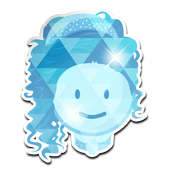 The song appearing as "PrimaDonna" in the Just Dance Unlimited menu.
Add a photo to this gallery 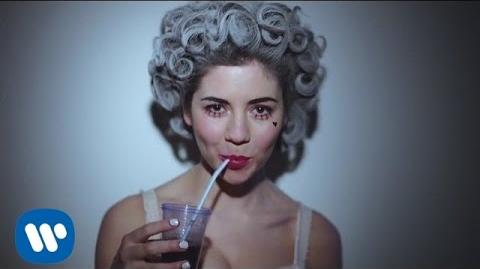 MARINA AND THE DIAMONDS PART 4 ♡ "PRIMADONNA" ♡ 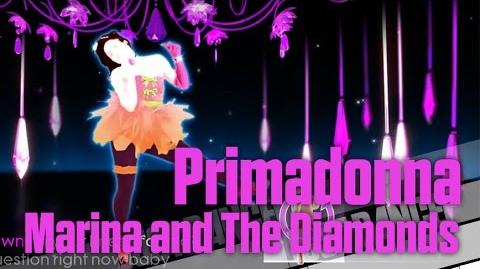 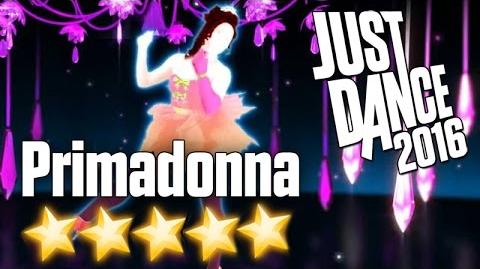 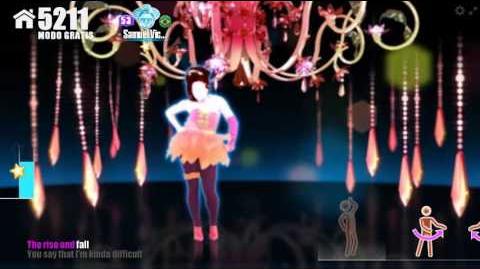