P3 has black hair in a bun and wears black and yellow sunglasses, a green shirt with a red V shape on it, black leggings, and orange sneakers. 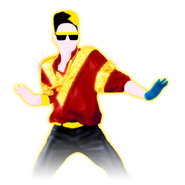 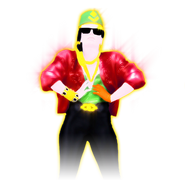 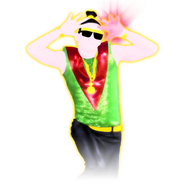 The Disco Fitness coach is a boy with black, curly hair and a sky blue bandana on his forehead. He wears a cerise red gym suit with no sleeves, a sky blue belly warmer and golden, glittery highlights. He also wears a sky blue wrist warmer on his left arm, a carrot orange glove and a pair of cerise red boots.

The background is a red space (similar to Lights) with numerous flowing sparkles (almost identical to Let's Groove with the stars). The dancers' outlines are multiplied outward. Circular discs with yellow pebbles are seen pumping outward to the trio. An inward pink and yellow spiral is also found. The yellow pebbles in the spirals are actually trumpets. There is also at the beginning a spaceship that is made of trumpets, since the song's instrument is trumpets aswell as other instruments.

The routine starts with a light desire pink background where a hill of salmon pink bars creates and pulses to the beat. Then, the background is overwhelmed by various animations, such as light blue swirls, golden glittery highlights, the words REMEMBER and SEPTEMBER (whose letters faintly shake and get covered in glitter during certain parts of the dance), circles, triangles, a light blue road and a curvy violet line with the letters of the word SEPTEMBER on it. At the end, the routine fades off and gives way to a black screen.

There are 4 Gold Moves in the Disco Fitness version.
Gold Moves 1, 2 and 4: swing your forearms to both sides.
Gold Move 3: slightly shake your hands four times, moving them steadily down.

There are 3 Gold Moves in the Mashup:
Gold Moves 1 and 3: Put your right arm up while kicking. (Movement is Happiness (Find Your Thing))
Gold Move 2 Lower your hands quickly. (I Kissed a Girl) (Sweat) 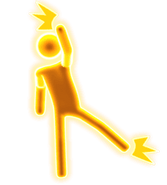 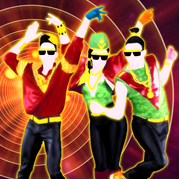 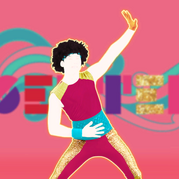 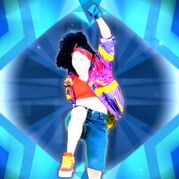 September on the Just Dance 2017 menu 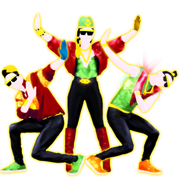 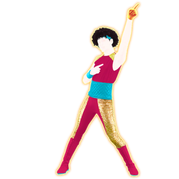 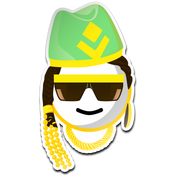 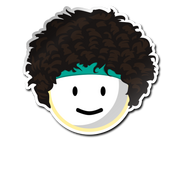 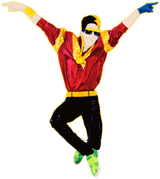 Behind the scenes (Fitness version)
Add a photo to this gallery 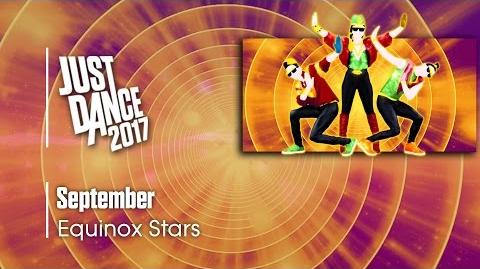