"Shut Up and Dance" by Walk the Moon is featured on Just Dance Unlimited and Just Dance Now.

P1 is a woman who has short black hair. She wears a pink shirt with a yellow square on it, red shorts, teal knee-high socks, and blue shoes.

P2 is a man who has black hair with a mustache and beard. He wears a teal shirt with a pocket. The shirt has multicolored squares at the end of his sleeves, pocket, and collar. He also wears some blue jeans and pink shoes. 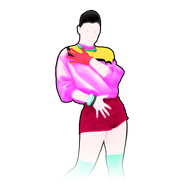 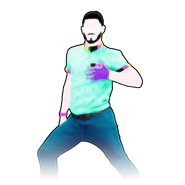 The routine takes place in front of a psychedelic background featuring floating shapes in different colors. The rest of the background is completely white.

Gold Moves 1 and 2: P1, put your hand up so it faces P2's face, and P2, throw your arms out.
Gold Move 3: Put your right hand above your eyes, as if you are trying to look at something in the distance.
Gold Move 4: Cover your mouth with both of your hands.

Shut Up and Dance appeared in these following Mashups: 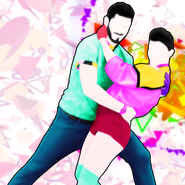 Shut Up and Dance 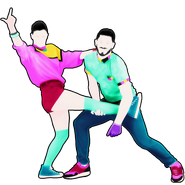 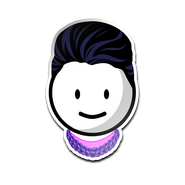 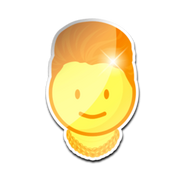 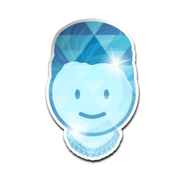