P1 is a man. He has shoulder-length black hair. He wears a gold glitter head band, a purple long sleeve shirt with gold outlining and an exposed chest, purple pants, and black shoes.

P2 is a woman. She has black hair in a bun. She wears gold glitter head band, a purple long sleeve mini dress with gold outlining and an exposed torso, and turquoise peep-toe heels. 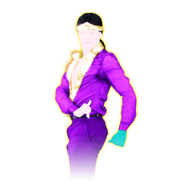 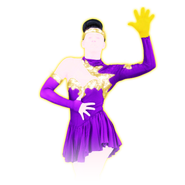 The background features many animated stripes;in the middle, there is a mini stage with gold curves and a room with "Tico Tico" on top. The walls are first blue with exploding fireworks; then, they turn in shades of yellow and red with sparkles, and then green with each dancers' silhouettes doing different moves. The room switches to a solid purple, where it fades into blue, red, green, orange, and black. The room is soon lit up with colorful lights, which are shaped like pebbles, stars, and a long twisted cylinder. The room's next transition shows exploding colorful fireworks. Then, it shows huge flames (some of which turn blue) on a black background; after that, it shows white stripes alternated with red stripes with white rotating stars (sometimes, the red stripes become blue).

There are 2 Gold Moves in this routine:
Gold Move 1: P1 and P2 jump towards each other and bump stomachs with your arms extended downwards.
Gold Move 2: P1 and P2 swing your arms counter-clockwise at the same time. 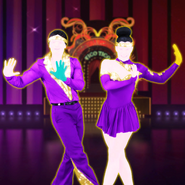 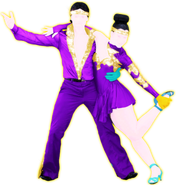 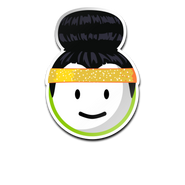 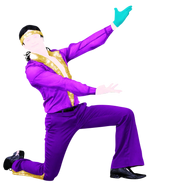