Breakdown Mode is a feature in Just Dance Wii 2 that allows the player to study parts of a routine.

In this mode the player can play a song like normally, but without scores and with the ability to skip and repeat certain parts of a song. With this feature, it is easier to practise certain moves over and over again, without having the need to restart the song each time.

All backgrounds are replaced with a picture of a dojo with a green floor. It contains a taiko drum, a framed picture, poster and a banner with Japanese writing on them. There is also a clock, a couple of windows and another framed picture with the coach from Rasputin.

Breakdown Mode in the trailer for Just Dance Wii 2 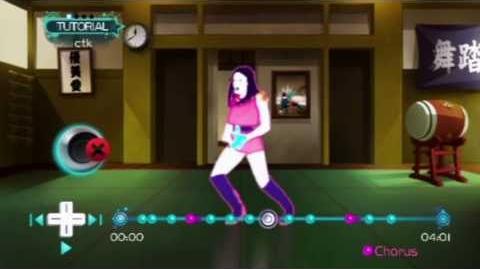 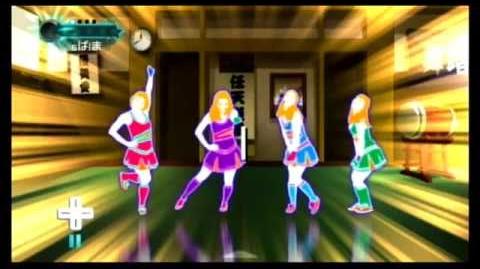 How does the training mode look on Just Dance Wii 2?