Dance on Broadway is a 2010 rhythm game for the Wii and PlayStation 3. Published by Ubisoft Paris, the creators of the Just Dance video game franchise, Dance on Broadway is similarly, a dance-based music game but with songs taken from stage musicals rather than pop music. The game includes 20 showtunes.

Dance on Broadway is the dance game that puts you center stage performing some of the biggest Broadway hits right at home. Dance, sing, and act to hit songs from your favorite musical performances, like 'You Can’t Stop the Beat', 'Fame', and 'Luck Be A Lady'- just to name a few. Play requires only one Wii Remote per player allowing you to challenge up to three friends or family members in four-player battles for the lead in 20 Broadway hits. Get your jazz hands ready for Dance on Broadway. 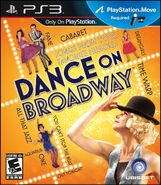 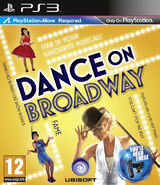 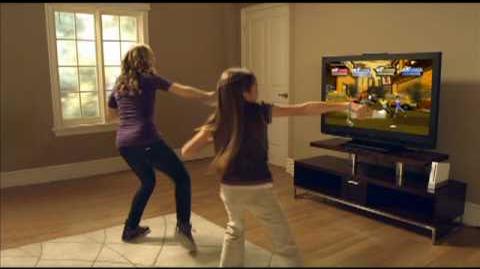 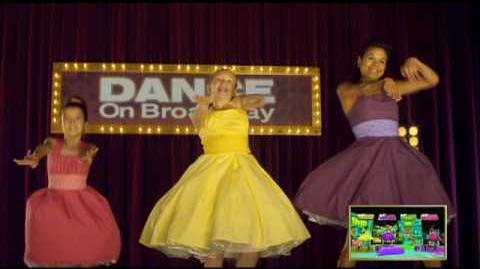 Dance on Broadway Wii Trailer (From the makers of Just Dance) 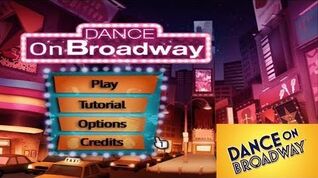 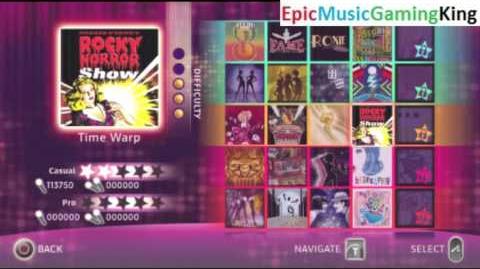 All Song Selections Revealed In Dance On Broadway 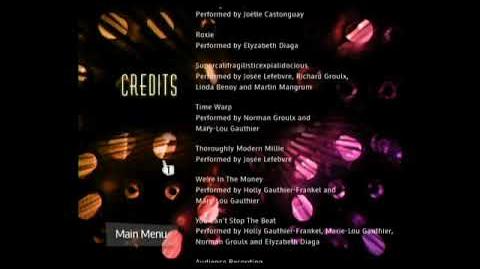 Dance on Broadway Intro and Credits