Play with both hands and feel the vibes!

Double Rumble is a game mode for Just Dance 2018. The mode is exclusive to Nintendo Switch.[2] It includes five choreographies, and uses both of the JoyCons and their vibrations to simulate actions, such as cooking or playing in a Mariachi band.

For the first time, Just Dance 2018 will use the HD rumble technology to develop interesting Double Rumble choreographies based on this vibration system, which makes the overall Just Dance experience even more immersive.

5 exclusive Double Rumble choreographies put the control in both of your hands for the first time in a Just Dance game – hold a Joy-Con in each hand, and feel the vibrations as you experience what it’s like to play in a Mariachi band, or take charge of a 5 star kitchen.

Replicate the moves and feel the vibes of the music in the palms of your hands thanks to the Joy-Cons’ unique HD Rumble vibration system. Also, more exclusive choreographies are to be announced exclusively for the Nintendo Switch![2] 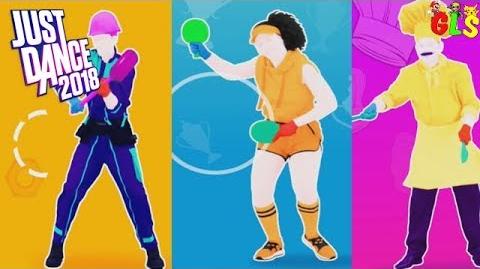