Just Dance 4
Just Dance 3 is a dance game developed and published by Ubisoft. It is the third installment in the series and the first to be released on the Xbox 360 and the PS3. The game was released on October 7, 2011 with the PS3 version being released on December 6, 2011.

Like previous installments, the game focuses on up to four players who mimic on-screen dance moves. Along with the solo and duet modes, there is a Dance Crew mode which allows four players to dance together. Dance Mashups combine different and previous dance routines to different songs. Modes that make a return include Non-Stop Shuffle, Speed Shuffle, and Just Sweat Mode.

The Wii and PlayStation 3 versions have a Hold My Hand dance mode, where up to 8 players can play sharing four controllers. On the Xbox 360, there is also a mode called "Just Create" which allows players to link together their own moves into a custom routine for a song.

Another Xbox 360 exclusive mode is named Dance Off, and it looks similar to Just Create; at some points, the game asks you to dance freely to a certain point of the song, and then it replays it.

In the Xbox 360 version, all the songs are listed alphabetically while in the Wii and PS3 versions, the songs are in the order listed below.

Songs and alternate routines can be unlocked in the game depending on your MOJO.

This is the first time in the series to have a "Mashup" mode. In this mode dancers from previous (or current) games appear for some amount of time. There are also Sweat Mashups, which contain more effort into the routine.

Other: Online Interactions Not Rated by the ESRB (Xbox 360) Music Downloads and/or Streams Not Rated by the ESRB (Xbox 360, Wii, PlayStation 3) Rating Summary: This is a rhythm-and-dance simulation game in which players perform dance steps by following the movements of on-screen characters. Players score points by accurately moving their bodies in time with the music and scrolling indicators. Some song lyrics contain the words “damn” and “hell,” while other songs reference suggestive material (e.g., “Promiscuous girl, you're teasing me,”, “I want you to love me like I'm a hot ride,” and “Show me a sexy dance” ) 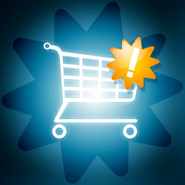 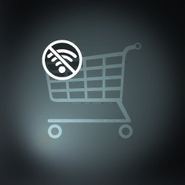 No internet connection icon
Add a photo to this gallery

Gift Collection (locked)
Add a photo to this gallery 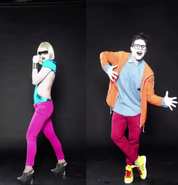 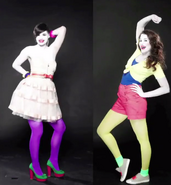 Behind the Scenes 3
Add a photo to this gallery

Beta dancers on the PAL boxart

Beta color schemes
Add a photo to this gallery 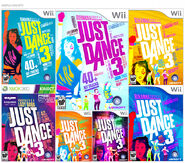 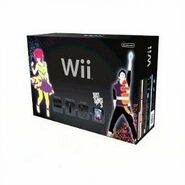 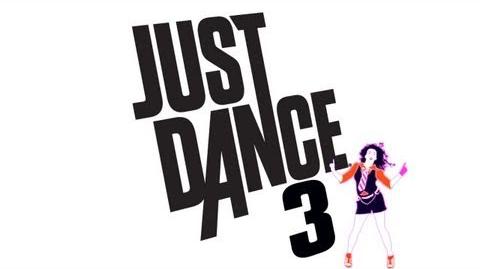 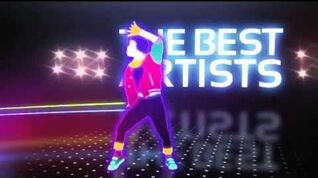 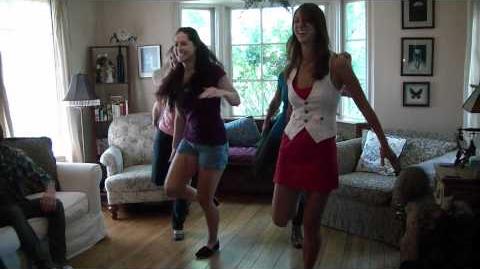 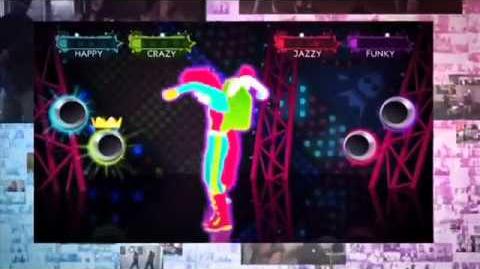 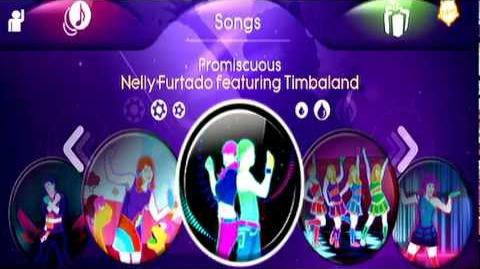 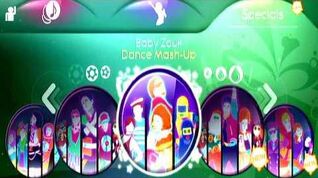 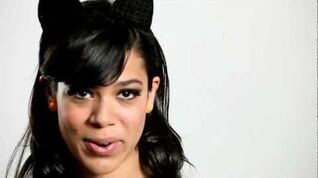 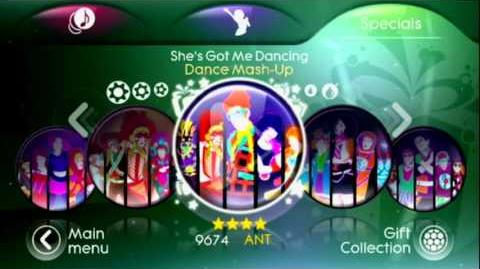 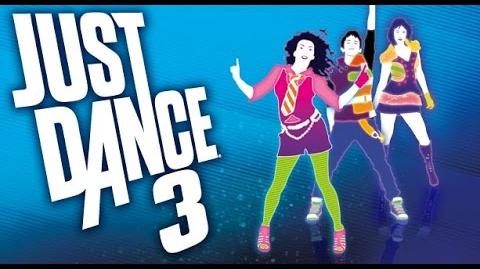 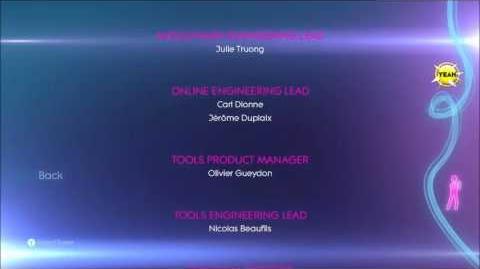