An online multiplayer platform allowing players to compete against each other

With solo songs most of the time, there will be two teams that the player can pick. These divisions can be of various themes, such as Cats vs. Dogs and The Sun vs. The Moon. Whichever team wins by having the most total stars from whoever picked it will give those players 2-5 extra mojo coins. With Duets, Dance crews, and On-Stage modes, whichever dancer has the most total stars gives 2-5 extra Mojocoins to whoever played as them. Occasionally, players can vote for chosen songs to be played on the World Dance Floor. There are usually 2-4 songs to choose from, and they can be Sweat or Extreme routine, but they are almost always Solo (except for the Charleston Version of Starships for some consoles). If a Solo routine was voted for, there will be no team mode. If a player wins over the others, they will get a 2-6 Mojocoin bonus.

Players have an online level on their dancer cards which can be raised by playing this. Getting 5 stars on one song raises about 3-5 levels on the Wii. On other consoles, it all depends on your score rank and the number of people in your party. On the Wii and PS3, the highest a player can go is Level 1000 (which is written as "Max"), and the highest level on the other consoles is Level 9999. There are various avatars that can be rewarded for reaching a certain online level. There are estimated to be 25 avatars that can only be unlocked by online level.

Players raise points as a community to unlock new songs or alternate modes so as to make them playable in the World Dance Floor.

During a specific time of the period, after playing songs players will earn bonus Mojocoins.

The World Dance Floor in Just Dance 2015 retains much of the features in the previous game. New to the mechanic are tournaments each month. Players will receive a number of tournament points based on their increased levels and world ranks.

Wii players are now able to partake in parties like the players for other consoles; However, they cannot send friend requests. Wii and PS3 players can also reach a level higher than 1000. The highest level anyone can reach is 5000, and if reached, it will be marked as "Elite".

Duets, Dance Crews and Trios are now available to be voted for whenever voting for songs takes place. If a Duet or a Dance Crew wins, Wii, Wii U, PlayStation 3 and 4 players must follow P1 of the song. If it is a Trio, then players must follow the lead dancer. On the Xbox 360, Xbox One, and PlayStation 4's camera, players can play whatever character they want on a voted multiple player routine, by standing in a certain position in front of the camera. On the remote consoles, it will say "(User), follow this dancer!" when a song starts. On the camera consoles, it will say "Get ready to own the dance floor!".

Players can play with certain VIP players. The only people who can be under VIP are people working with Ubisoft and celebrities. When a VIP dancer appears for a song, a pre-recorded video appears on the top right, and their pre-played scoring process occurs while the players play the song. On the Wii, the video of the VIP will not play, and will instead display an icon.[citation needed]

The features from Just Dance 2015’s World Dance Floor are recycled on this game. However, some modifications were made for the game. Some elements which are no longer related to the game, like messages about playing with VIPs, are still present.

The mode returns to all consoles in Just Dance 2017. While the 7th-Gen version of the Dance Floor reuses elements from its predecessor, the 8th-Gen version includes new graphics and modifications. The theme song has now changed for the 8th-Gen version of the Dance Floor, while it stays the same for the 7th-Gen version. New this year, all Xbox One, Playstation 4, Wii U and Nintendo Switch players can now play together at the same time. The PC Digital players are only playing with players playing on PC. The 8th-Gen version has also removed team modes, and instead has song votes almost every round. However, players can only choose between two songs. At the end of each round, the move counter from the original game appears. It displays at the end of each song what you scored in terms of feedback (i.e. how many YEAHs, PERFECTs, etc. you did). It also scores the highest streak of PERFECTs performed. After that, a leaderboard will show up showing the top three players, and where one ranked on the leaderboard.

Song Votes happen about 33% of the time and are when two or more songs appear for choice. The players then choose which one they want. Then the most voted one is played.

Players play 3 songs in a row. At the end of each song, the scores are shown twice, once for the song, the other for a combined score. The player with the highest combined score is the winner and the top three receive skins.

Every week on Sunday at 7PM A weekly tournament is played where, instead of playing 3 songs, the participants battle it out in 8 songs. The player with the highest combined score is the winner and the top three receive skins.

A dancing boss is trying to defeat everyone's high scores. The players' job is to earn enough stars to defeat the boss by playing against it in a set of 1 to 3 songs. If they achieve to accomplish this feat, they will be rewarded with Mojo and an avatar of the boss. (Note: Glitchy does not have an unlockable avatar.)

During specific time periods, players will be able to dance to songs that are available on Just Dance Unlimited online with other players. This feature is now playable daily (instead of weekly), as of October 13, 2017.

Players compete with someone from the World Video Challenge, and try to beat their score. If they manage to do so, they will get an certain amount of Mojo (the harder the opponent is, the higher is the Mojo one gets; the highest amount of Mojo one can get is 7500).

Although the 7th Gen keep the recycled sets since, not much has changed from the previous game for the 8th Gen. Weekly tournaments and bosses reappear. The new additions are the redefined Team Battles, where all dancers are equally divided into Red Team and Blue Team, and Seasonal Ranking, where after each song, where you earn points based on how well you did. 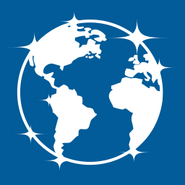 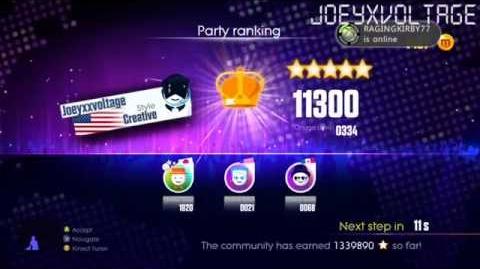 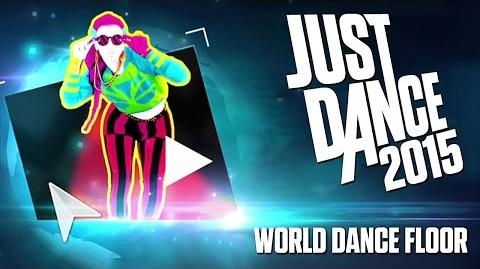 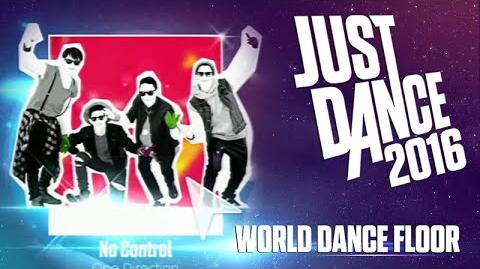 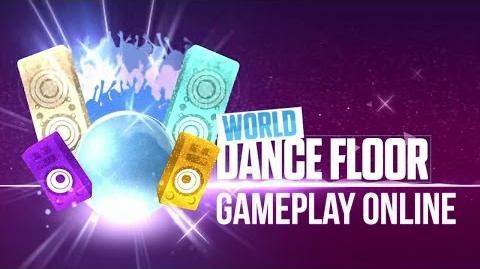 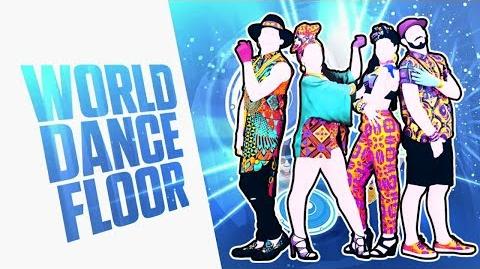 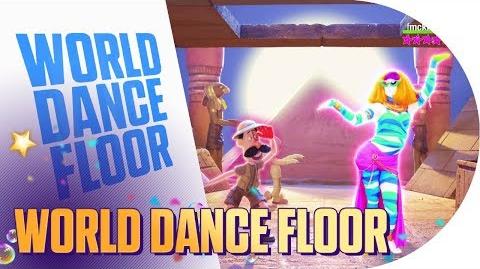